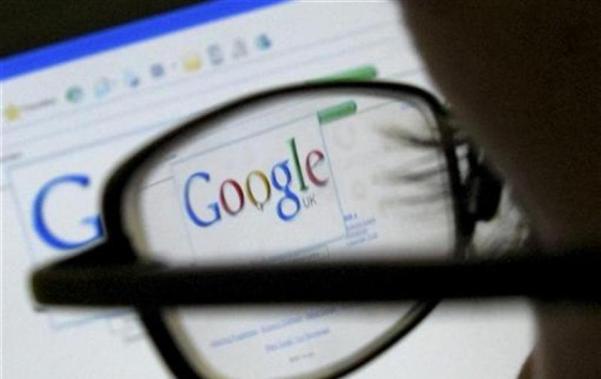 Last week, Apple released its latest transparency report on government data requests, calling for the United States government to open up. Well… you should be aware that the Cupertino-based company is not the only one fighting this battle, tech titans such as Twitter, Yahoo, Facebook, and Google are implicated as well. Now is Google who has revealed its most recent transparency report to its loyal users.

The United States government issued about 11,000 personal data requests to Google, between January and June of last year. This represents nearly the 42 percent of the global total of private information enquiries. India and Germany followed with 2,691 and 2,311 government queries respectively. In three-and-a-half years, since Google’s first government transparency report was published, the collective personal data requests from governments around the globe during that six-month period have doubled their number. And these figures only include requests allowed to be published, stated Google in a blog post on Thursday. Therefore, the things that the big search giant can’t share are the ones that raise more concern.

Google Legal Director Richard Salgado wrote in the company’s blog post that they believe that users have the right to know how many and what kinds of private information enquiries the government is making to them and other companies. Nevertheless, the US Department of Justice insists that US law does not allow them to share data about several national security requests, especially if they are under the Foreign Intelligence Surveillance Act (FISA). To underscore its discontent, Google posted a set of four graphs on its transparency report, illustrating the nature and volume of the different government requests. In the four graph, which shows the FISA requests, Google drew thick black lines over a bar chat, making it clear that the information exists but they are unable to share it.

No one is surrendering

Google urged Washington to take action and strengthen privacy protections for United States’ citizens. They exhorted the government to update the Electronic Communications Privacy Act (ECPA) and enact a bright-line warrant-for-content rule. This means that governmental entities should be required to get a warrant based on a probable cause before making any personal data request to companies like Google.

Furthermore, Christopher Calabrese, legislative counsel of the American Civil Liberties Union (ACLU), alleged that if a police officer needs a warrant to open someone’s mail, then the government should need one to open someone’s email as well. The main law governing communications privacy remains just as it was published in 1986, before cellphone and e-mail use was common and widespread, and before social networking was even conceived. 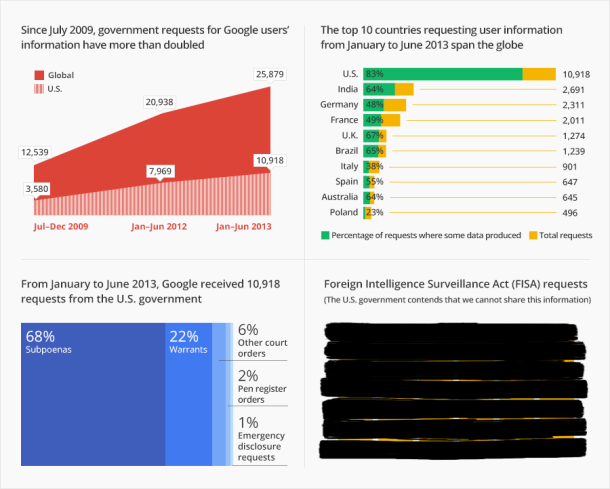