Beware Burrito Lovers! Chipotle plans to charge you up to 5% more for your favourite meal !!

Mexican food chain, Chipotle recently announced that it would raise prices for the first time in three years.

Chipotle Chief Financial Officer, Jack Hartung during the quarterly earnings call on April 17th said that “We plan to increase prices on average somewhere in the mid-single digits. We expect we will start installing the menu boards with higher prces later this quarter and finish installation by early in the third quarter”. 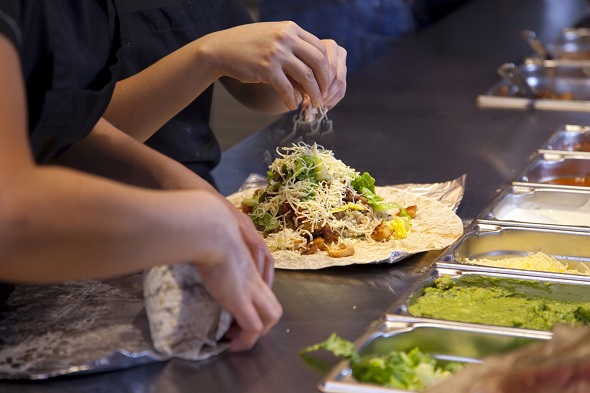 Giving in to inflationary pressue that affects profit margins for the company, Chipotle executives are considering an increase of 3% to 5% in its menu prices.

Shortly after the price increase was announced, Las Vegas witnessed up to 17% price increase. According to Rewardable, the app that collects pricing data, Las Vegas Chipotle stores are now charging up to 17% more for chips, 14% increase in guacamole and large beverages, as well as 7% more for burritos. Hence, a meal of steak burrito, chips, guacamole and a large drink will now cost more from its earlier total cost of $11.20.

Giving in to inflationary pressue that affects profit margins for the company, Chipotle executives are considering an increase of 3% to 5% in its menu prices.

Chipotle Co-CEO Steve Ells is confident that the price increase won’t scare off customers. During the conference call, Ells noted that they had earned permission from its customer base to increase prices.

Chipotle’s demand as a favorable food chain for Mexican food lovers provides an advantageous position to the company despite the increase in its prices. The company is also a hot favorite among analysts and investors due to its robust comparable sales growth and the shares. It can be estimated that once the food prices subside, Chipotle is witness explosive earnings growth.

Anna Domanska
Anna Domanska is an Industry Leaders Magazine author possessing wide-range of knowledge for Business News. She is an avid reader and writer of Business and CEO Magazines and a rigorous follower of Business Leaders.
« Facebook Exceeds Wall Street’s Expectations: Half of the Internet now uses Facebook, Profits Tripled, New CFO named
The future of Touch Screen is here! Your hands could be the next best Computer Interface!! »
Leave a Comment
Close

The art pieces for Lamborghini’s NFT have been created by renowned artist Fabian Oefner, who is well-known for harnessing scientific properties and using them to highlight the in
1 hour ago

As part of its campaign to work for racial equity and justice, Apple is also spotlighting Black businesses and curating content by Black voices to showcase innovation and raise awa
2 hours ago