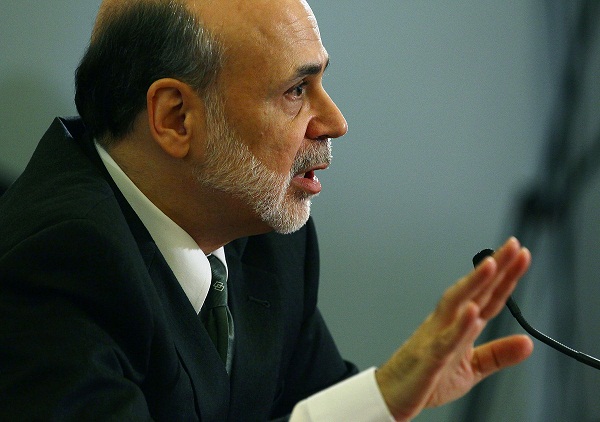 Ben S. Bernanke, the head of the U.S. Federal Reserve

Ben S. Bernanke, the head of the U.S. Federal Reserve, tried to reject arguments that the U.S. central bank’s stimulus was causing destabilizing flows of capital to emerging markets.

Ben Bernanke believes that the Federal Reserve’s moves to bolster U.S. job growth will not have any unwanted consequences in emerging markets. On the 14th of October he defended the U.S. central bank’s easing measures which have been the subject of strong criticism. Opponents of these moves hold an opinion that stimulus is to blame for destabilizing capital flows.

In his speech, which Chairman Ben Bernanke at a conference in Tokyo, he objected to the popular opinion that the Fed’s moves to drive U.S. interest rates could result either in higher inflation in emerging markets or trigger a destabilizing flood of investment money into these countries. He stated: “This policy not only helps strengthen the US economic recovery, but by boosting US spending and growth, it has the effect of helping support the global economy as well,” adding that there was, indeed, a weak relation between rich countries’ policy moves and capital flows across national borders as well.

According to Chairman Ben Bernanke, the global economy should benefit from the moves of the Fed and the central banks of other industrial countries as all these efforts would boost the growth as well as provide stronger markets for the goods of emerging markets.

At the conference in Tokyo, which was sponsored by the Bank of Japan and the International Monetary Fund, Chairman Ben Bernanke noted that the currencies of emerging markets had, in fact, changed little during the prolonged period of credit easing in the United States introduced by the Fed.

Many analysts as well as central bankers have been complaining that ease money policies, which were implemented by the Fed, are hurting U.S. trade partners. They hold an opinion that these moves will force investors to look for other places to put money which might cause a destabilizing rush of funds into less developed countries.

In addition, foreign officials, who have criticized the Fed’s policy, state that surprisingly low U.S. interest rates might also result in giving the United States trade advantages because of the weak value of the U.S. dollar. It is quite simple,  a cheaper dollar results in less expansive U.S. goods in other countries and therefore it makes them more attractive.

Christine Lagarde, Managing Director of the International Monetary Fund, has expressed her concerns at the conference held in Tokyo as she believes that the easing measures of the Feds may cause large and volatile flows that result in leading to “overheating, asset-price bubbles, and the build-up of financial imbalances” in emerging markets. Christine Lagarde has also highlighted that division between key decision makers over these issues underlined the challenge of reaching an agreement on a unified response to the current global economic disease. Certainly Bahk Jae Wan, South Korea’s Finance Minister, was right stating that the world was facing a leadership challenge as the International Monetary Fund’s meetings did fail to secure agreement on burning issues.

Brands see the Olympics as an opportunity to connect with their consumers and boost sales with limited edition products.
1 day ago