Warren Buffett's Berkshire Hathaway has underperformed the S&P 500’s total returns in recent years. S&P 500 gave a total return of 31.5 percent compared to a low 11 percent of Berkshire. This is the company’s lowest returns since 2009

Berkshire posted operating earnings of $4.4 billion, down from $5.7 billion a year earlier, due to lower results in insurance underwriting and other businesses of the conglomerate reporting lower incomes. The operating earnings exclude some investment results, and Buffett said they reflect Berkshire’s Hathaway performance better than net earnings, which can fluctuate widely due to unrealized investment gains or losses.

The conglomerate reported net earnings of $29.2 billion, or $17,909 a Class A share equivalent, up from a loss of $25.4 billion, or $15,467 a share, the year before. Berkshire’s earnings were mostly boosted by unrealized investment gains.

In his annual letter to shareholders, where he talks of the company’s performance and gives some insights on investment matters, Mr. Buffett avoided any mention of Berkshire’s underperformance relative to the broader market.

Buffett believes that investors should focus on long term performance rather than short term fluctuations in the stock market.

In his letter, Buffett talked of the difficulty in finding “attractively priced acquisition targets that are big enough to move the needle for Berkshire.”

The company amassed a huge cash pile of $128 billion as of December 31, according to reports

“The opportunities to make major acquisitions possessing our required attributes are rare,” Buffet wrote in the letter. 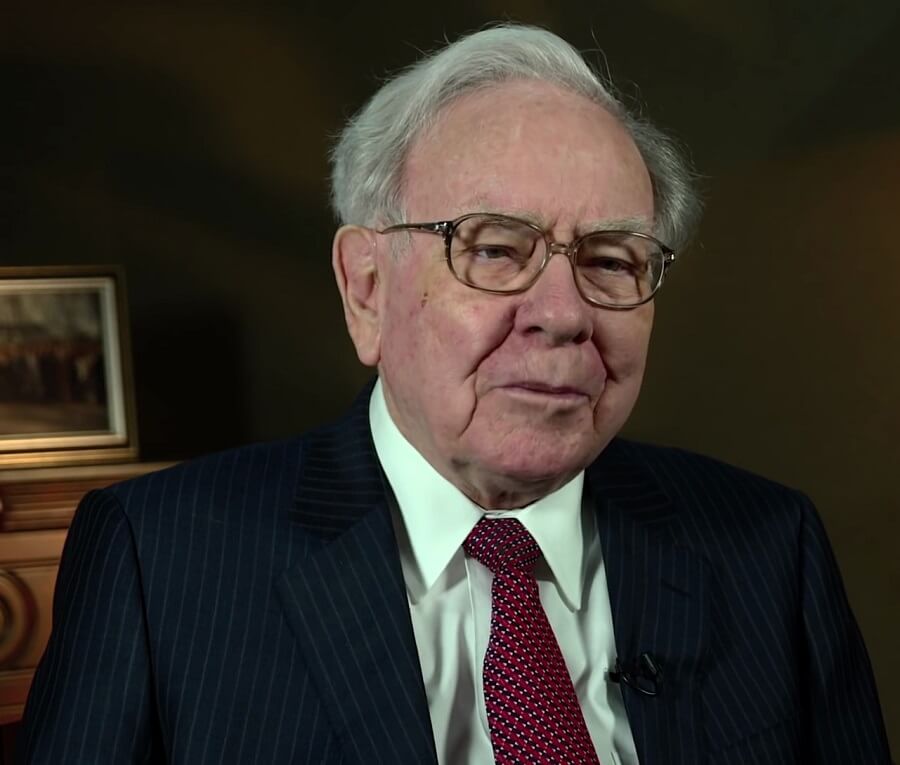 Berkshire increased its buybacks in the fourth quarter to $2.2 billion, bringing its total repurchases for the year to $5 billion, the company said. This barely made any inroads in the amassed wealth of $128 billion.

The fluctuating fortunes in Berkshire are a result of the changes in the accounting principles two years ago and also the economic tailwinds that the US and the globe are facing.

“If something close to current rates should prevail over the coming decades and if corporate tax rates also remain near the low-level businesses now enjoy, it is almost certain that equities will over time perform far better than long-term, fixed-rate debt instruments,” Buffett said in the letter.

But investors are wondering why Buffett is holding such a large stockpile of money in short-term bonds and debt instruments ($128 billion)?

As he said in his letter, maybe he is waiting for a lucrative buyback or buy-in opportunity.

Berkshire’s main business is made up of insurance and financial investment operations as well as railroads, utilities, industrial manufacturers, and retailers. Its holdings include Dairy Queen, Duracell, Fruit of the Loom, Geico and See’s Candies.

Anna Domanska
Anna Domanska is an Industry Leaders Magazine author possessing wide-range of knowledge for Business News. She is an avid reader and writer of Business and CEO Magazines and a rigorous follower of Business Leaders.
« US hard at work for viable solutions to rare earth elements’ extraction
Bentley Mulliner Bacalar sports 5,000-year-old wood »
Leave a Comment
Close

Goldman Sachs Growth Equity has invested £50 million ($69 million) in UK digital bank, Starling. The investment is in addition to the bank’s oversubscribed £272 million Ser
2 hours ago

Apple is bolstering its smart home devices space with the introduction of a new hybrid device— a combination of an Apple TV and a smart speaker with a screen, according to news r
6 hours ago

One of the most trusted pioneers of technology in the automotive sector, Toyota Motor Corp. has finally revealed the future of the EV segment by showcasing its new SUV, encompassin
7 hours ago