Volkswagen is ready to recall cars in China

Volkswagen wants to expand in China 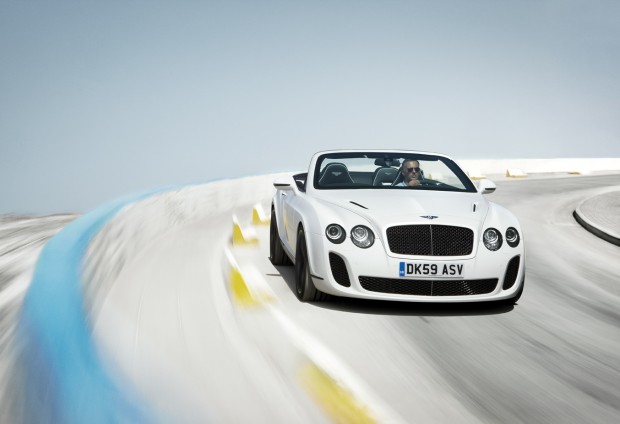 The Good, The Fast, The Best

With modest beginnings, Bentley Motors was founded by W.O Bentley in 1919 when they launched the first Bentley engine at New Street Mews, London. After that W.O’s company went from strength to strength through the 1920s, with an evolving series of acclaimed motor cars and a parade of racing triumphs to prove their outstanding performance.

If they had mission statements in those days, it could not have been expressed more eloquently than in the words of W.O. himself, “To build a good car, a fast car and the best in class”. These words are just as relevant today as they continue to inform their beliefs, actions and ambitions for the future. Located in Crewe, England since 1946 and owned since 1998 by Volkswagen AG, Bentley Motors is dedicated to making responsive and powerful Grand Tourers with the stamina to cross continents at pace, and drive in refined comfort and style.

There are numerous unmistakable characteristics that define a Bentley: Handcrafted exhilarating driving experience. Yet it is the combination of these characteristics that makes the brand so unique.  The six-time success at Le Mans has made Bentley more than a car. It has come to stand for a way of doing things, with spirit, flair, courage, instinctive intelligence and teamwork. Endurance racing has always been a way for them to test, strengthen and improve their cars.

The dedication and determination that they bring to building their cars intensifies the unique experience every Bentley driver takes from ultimate relaxation to ultimate exhilaration. The task of a Bentley may be to take customers from A to B. But it’s how they get them there that demonstrates everything about the marquee.

More than any other trait, power is the defining characteristic at the heart of their brand. In a Bentley, it’s that distinctive surge, like a giant hand pushing you towards the horizon. In the way the company does business, it’s total self-confidence – delivered with a very British sense of understatement.

The Bentley way is to make things appear as effortless as possible. A Bentley is unmistakable – all it takes is a glance at the twin headlights, matrix grille or the high waistline to know one. The paradox of the car is that although it is instantly recognizable,
it takes time and effort to hand-build each one. That’s the assured Bentley hallmark. A hand-built car using the finest quality natural materials takes time.

Yet, while others may do things ‘meticulously’ or ‘painstakingly’, Bentley has always been about passion. In fact, their entire reputation rests on the experienced skills and passion of their people, handed down through generations.

Many of their people say that they work on each Bentley as if it were going to be their car. They want to get it right. It’s no wonder that every machinist who creates a set of upholstery signs the back of it with his or her initials.

Bentley Cares for the Earth

As a socially responsible manufacturer, Bentley has a comprehensive environmental policy to minimize impact on the local and global environment. As part of their effort, they have already introduced new manufacturing processes; reducing total energy consumption by almost thirty per cent in the past decade. Carbon dioxide emissions in the manufacturing process have declined by more than twenty per cent, and water use has fallen by more than one fourth.

The environmental improvement was a significant achievement, since it coincided with record production and a ten-fold sales growth to more than 10,000 cars annually.

The integration of environmental values into the Bentley vision and brand signals an evolutionary step in Bentley’s history. The entire company is embracing green technology while remaining true to W.O. Bentley’s simple ambition: to produce “a good car, a fast car and the best in its class”.

These improvements are now being augmented in the vehicles themselves with an environmental solution that is both technically advanced and practical.

Juha Kankkunen set a breathtaking world record of 205.48 Miles/hr in the continental supersports convertible driving on a sheet of ice in Feb 2011. He returned to the hazardous frozen waters of the Baltic Sea, off the coast of Finland, in the Bentley Continental Supersports Convertible, shattering his own 2007 world ice speed record of 199.83 Miles/hr set in the Continental GT at the same location.

Kankkunen and the team battled against temperatures of minus 30 degrees Celsius, limited daylight, snow blizzards and strong cross winds to achieve the extraordinary record on the 14km track, created atop ice just 70cm thick covering the frozen Bay of Bothnia.

Dr Franz-Josef Paefgen will retire after over eight years at the helm, but has agreed to remain in an advisory capacity to Bentley and a consultant to the Volkswagen Group.

The annual inflation rate in the US hit 6.2%, recording a highest in decades. Due to an unstable inflation, consumer prices increased by 0.9 percent in October and June, 2021.
53 mins ago