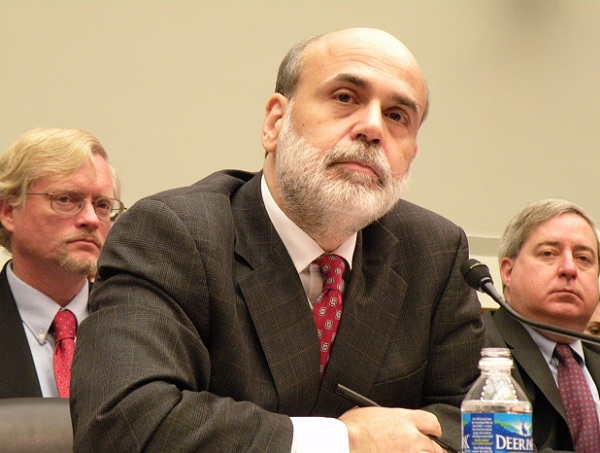 The recovery of U.S. from the brutal recession has been uneven and modest, and has been hampered by a depressed housing market, tight credit for borrowers, budget-leashed governments and uncertainties in resolving the eurozone debt crisis.

Though the New Year started with more financial pep than previously thought for U.S. consumers and the economy, Federal Reserve Chairman Ben S. Bernanke offered Wednesday an irritated view of the U.S. economy, freezing on the notion that recent upbeat signs herald a stronger recovery, warning economic growth to probably be modest through the rest of this year.

Ben Bernanke said, “The job market is far from normal. Continued improvement is likely to require stronger growth in final demand and production.”

The gradual fall in the U.S. unemployment rate in recent months is at a low of 8.3 percent in January from that of 9.1 percent in August. This has obviously surprised economists both within and outside the Fed given the economy’s relatively soft performance.

Ben Bernanke acknowledged recent improvement in the labor market, including the nearly 260,000 private-sector jobs added in January, during his semiannual report on monetary policy and the economy. But Bernanke believes that the sharp drop in the unemployment rate to 8.3% in January from 9.1% last August was somewhat out of sync with the moderate pace of growth and that Fed policymakers did not expect further substantial declines in the jobless rate this year.

Well, it has been quite noticeable that the gradual fall in the U.S. unemployment rate over the past year has somewhat been more rapid than expected especially when the economy appears to have been growing during that time frame at or below its longer-term trend.

Oil could be the ‘Suspected Culprit’

Bernanke seems to be more confident about the recent increase in crude oil prices, which according to him will pinch consumer pocketbooks, but only for the time being. He believes that inflation over the long drag probably will remain restrained, most likely at or below the Fed’s 2% target.

Ben Bernanke blames the hike in crude oil prices on supply constraints which have recently been stemming from tensions with Iran and elsewhere. However, he refuses to comment on whether the U.S. should dip into the nation’s strategic oil reserves. It’s nothing but the nervousness about crude oil supplies that has boosted prices for crude oil to 10-month highs, even though prices fell Wednesday as U.S. data showed higher-than-expected oil inventories.

Bernanke cited flat household income and wealth in his prepared remarks to lawmakers last year as among the factors for the continuing weak fundamentals that support spending. And what is more important here is consumer spending, which accounts for more than two-thirds of U.S. economic activity.