Bell Flight has introduced an Autonomous Pod Transporter (APT), a vertical take-off and landing craft with a carrying capacity of 600 lbs. Its aim is to operate commercially, and for the defense services to carry products and materials.

It is run on an electric hybrid propulsion system with a speed of 100 miles per hour and can travel 10 miles in 5 minutes. It has a modular design and can be adapted to needs.

The vehicle has multi-copter payload capability with fixed-wing speed and endurance that enables it to go faster and cover longer distances. It has a rapid battery charger. It stands nearly 6 feet tall and is 9 feet wide, and weighs nearly 300 pounds. 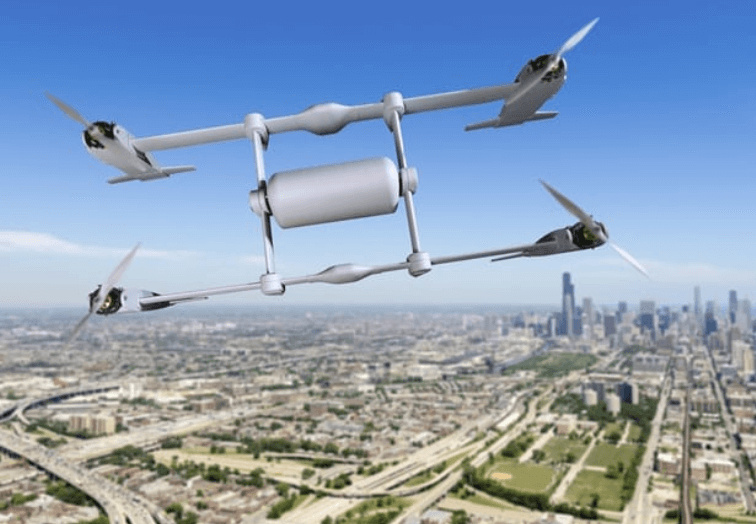 “When most people think of cargo drones they imagine these small and cute little things,” says Scott Drennan, Bell’s vice president in charge of engineering innovation. “But when you get the payloads that most companies actually find useful, it gets to be a much larger aircraft.”

The Bell team is working hard to develop technologies and push the envelope to prepare the vehicle for entry into the market.

“The team continues to develop innovative technology to meet the transportation needs of the future,” said Drennan. “We are honored to be recognized by a leading industry voice like Popular Science, confirming the team’s hard work and dedication to advancing technology and expanding the scope of vertical.

The drone rests vertically and takes off like that propelled by four motors and four blades, and then it moves forward horizontally using a pair of stacked wings (a bit like a biplane) generating lift and enabling higher speeds. 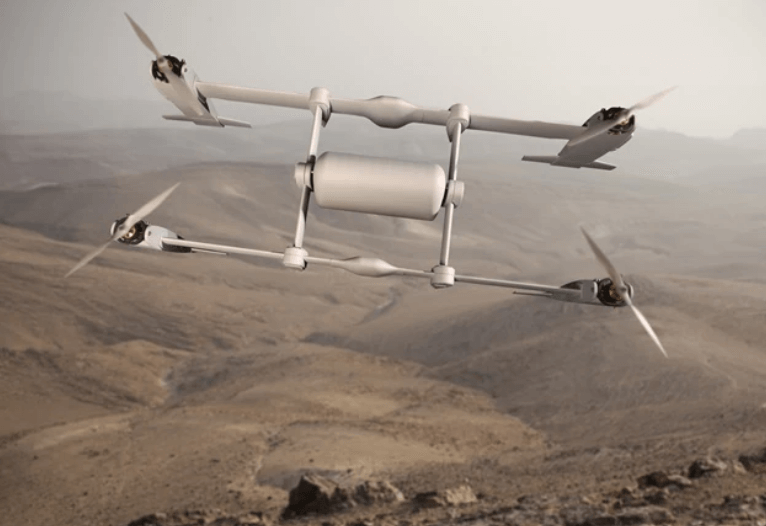 APT runs on an electric hybrid propulsion system with a speed of 100 miles per hour and can travel 10 miles in 5 minutes. (Image: Bell Flight)

“The general autonomous flight features are pretty well understood at this point,” Drennan says. “But during the transition, you have to be careful about power management and speed, and particularly how much altitude you might gain or lose in that process—what we call the conversion corridor.”

Bell earlier had released AVTs with smaller payload capacities, but with this payload, its nimbleness and ability to carry heavy loads with no compromise on speed is advantageous. Bell is targeting both military and civilian third-party logistics applications with its AVTS. According to the company, the third-party logistics industry is almost a trillion-dollar industry.