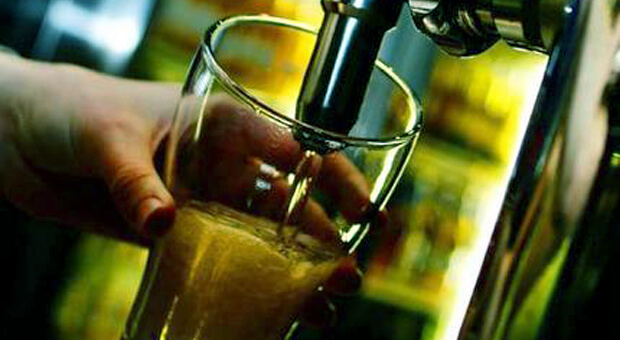 Waste from Beer turned to Energy

Give me beer, I’ll give you energy !

A $500,000 modular pilot plant will be set up for ethanol production in Atlantic Canada by the end of this month.

Milco Industries, one of the primary research partners, is a company that collects waste pop and beer, typically destined for landfills.

This ‘beer waste to energy’ project will use Milco Industries’ waste pop and beer for a trial. The company usually drops those in landfills and pays between $100,000 and $200,000 for disposal. With the ethanol plant installed, they will produce between 250,000 to 500,000 gallons of ethanol yearly… only from recycled waste!

If everything goes as scheduled, Milco Industries will even acquire a larger-scale ethanol plant for their own internal use. The test one will be moved somewhere else, to see what else the thing could “eat” to generate energy.

Milco will have the pilot plant on site for about six to eight months, after which it will move elsewhere for other feedstock testing at a pulp mill, the college itself or for grain-based ethanol production tests. “This gives them the chance to test drive the process and system and get some cost of production numbers and things like that,” said Shiell.

The automated modular plant built on three skids provides readings to use in feasibility and economical scale studies. “What sort of changes can we make to this initial pilot plant that we’re going to put up, to make it so it can operate economically at a small scale,” he asked. He also indicated that the scale at which this process was currently being set up was probably too small, but maybe with a million liter plant it would become feasible. 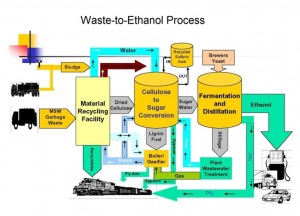 The plant has been designed and built by the Diversified Metal Engineering of Charlottetown, Prince Edward Island.

“As of December 2010, government legislation requires that gasoline in Canada has to have an average 5% ethanol content,” said Peter Toombs, president of Diversified. “And with no businesses in the whole of Atlantic Canada that can produce ethanol at a commercial level, this project could not have come at a better time.”

The bioenergy and bioproducts research facility at New Brunswick Community College was established in 2004 and focuses its efforts on ethanol, followed by biodiesel and biogas research. The main goal of the research facility is to bolster bioenergy and bioproducts projects in Atlantic Canada, which, like the eastern U.S., hasn’t seen a build out of the industry as in other areas. “It really lagged behind the rest of Canada,” said Kevin Sheill.

By testing multi feedstocks and demonstrating pilot-scale production Sheill hopes to foster an ethanol industry at a scale appropriate for the area. “We grow corn, but we don’t grow enough corn,” he said. “We have woods and forest but we don’t really have enough to really put up a 250 MMgy ethanol plant. That’s just not going to happen.”

Ethanol is cleaner than fossil fuels because it burns cleaner and because, if made from renewable resources such as waste organic products, the net CO2 emission is zero.

If successful, this kind of plant could become an iconic example for waste recycling companies and landfill owners to reduce the formation of methane and other greenhouse gases and instead use the energy to provide useful power.