Be ready to make a call from your mobile up in the air! 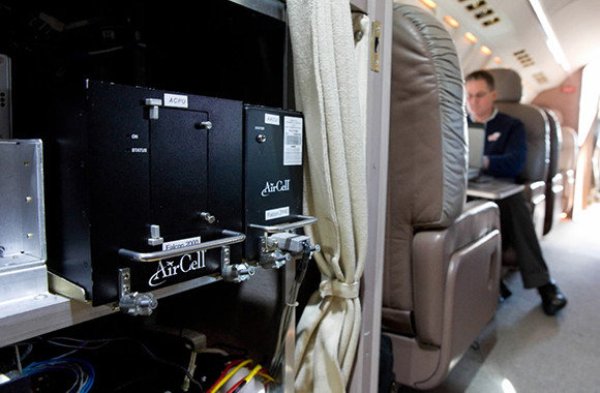 During your next business or holiday flight, be prepared to text and talk as if you were on ground, for Gogo has unveiled its latest trick to enable passengers to use their smartphones from takeoff through landing, while respecting gadget in-flight new safety policy. This pioneering in-flight communication technology will allow commercial airlines to offer the text messaging service to local regular passengers, while the phone call functionality will be offered to business aviation costumers, such as private aircrafts and charter jets, and international carriers.

During the previous week, the Federal Aviation Administration modified its gadget in-flight safety policy in order to allow passengers to use electronic devices during all phases of flight, including landings and takeoffs. Nevertheless, any device that transmits data still needs to be in “airplane mode”, for transmissions over cellular networks, such as AT&T’s 4G network, are still prohibited during the flight. By using Gogo’s air-to-ground connectivity, texts and calls back on Earth are routed through the aircraft’s WiFi network rather than in-flight cell towers or “picocells”, which enables the talking and texting in-flight service to be used at every moment of the journey.

To enjoy Gogo’s new in-flight communication technology, passengers aboard have to download an app available for Apple iOS and Adroid devices. This tool has been described by the company as an “extension” of the traditional cellular network, and it allows smartphone users to roam on the in-flight network just as if they were connected to a land-based mobile network. Passengers can use their own mobile number and search in their contact lists. Caller ID and call histories are supported features as well. Furthermore, Gogo talking and texting in-flight service includes noise-cancelling technology, in order to muffle engine and in-flight ambient noise.

“Since we have such a strong penetration in the business aviation market and the expectations (for call quality) are even higher than what you find in the commercial aviation space, we put a lot investment into noise-cancellation technology.” Brad Jaehm, Gogo’s vice president of product, explained.

When can I use it?

Jaehm informed that the in-flight communication technology will be available in commercial flights in the first quarter of the next year, while the rest of 2013 is reserved for further testing and development. The cost of this talking and texting in-flight service is yet to be determined, but it is planned that consumers will be able to pay just for text messaging and not for broadband WiFi connectivity to surf the Web. The Itasca-based company has more than 6,000 Gogo-equipped aircrafts, from Delta, American Airlines, United Airlines, and Virgin America.

Laura Gomez
« Amazon finds a new way to stick into bookstores
Epic fall! Google Maps lost in the US during 2013 »
Leave a Comment
Close