BBC Worldwide is to get rid of Lonely Planet for £50m 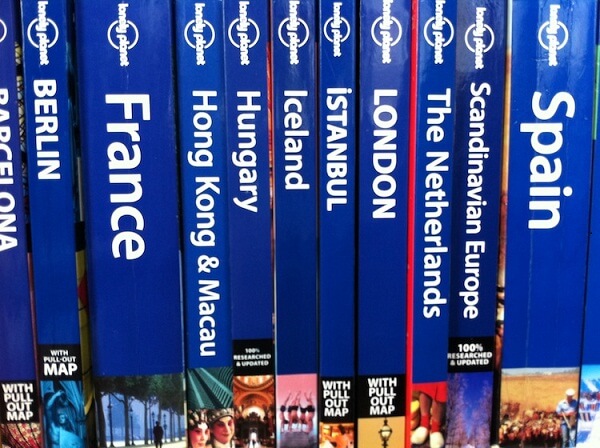 At last, BBC Worldwide, the entertainment company, informed that after all it sold its Lonely Planet to NC2 Media for slightly over £50 million. Fortunately for Lonely Planet, it is now in hands of US-based NC2 Media which has plans what to do with it and how to run it to make it even more successful.

On the 19th of March, BBC Worldwide announced that it finally got rid of Lonely Planet, the leading publisher of travel guide books, to US-based NC2 Media. The sale of Lonely Planet was prepared after the analysis of the 2012 review indicating a deep need of a change in the BBC strategy. According to a statement, the BBC Trust has already approved the contract and its terms.

The sale of Lonely Planet was more or less expected as after the purchase of this popular publisher of travel guides in 2007, BBC Worldwide had been widely and harshly criticized by the Select Committee on Culture Media and Sport. BBC Worldwide, the commercial arm of the famous BBC faced many attacks after the purchase of Lonely Planet, the world’s most successful publisher, as the acquisition was said to have been not in line with the main line of interest of BBC. According to the findings of the review, the company should be more engaged in development of its BBC brands.

As it was announced, BBC Worldwide would get in total around £51.5 million for Lonely Planet. The sum is substantially down on the staggering £130.2 million the company paid in total for the purchase of Lonely Planet in two parts in 2007 and 2011. However, it should be taken into account that the price for Lonely Planet, which will be paid by the US-based company, was affected by the global financial crisis.

As for Nashville-based NC2 Media, which is the buyer of Lonely Planet, the company is ready to run the world-famous publisher of travel guides. NC2 Media CEO Daniel Houghton will be nominated as the chief executive officer of the acquired travel guide business. Daniel Houghton underlined: “With this acquisition comes a global footprint, not only in the travel guide business, but also in magazine publishing and the digital space. We are very excited about this opportunity, and delighted to agree this deal with BBC Worldwide,” adding that the NC2 Media was convinced that Lonely Planet reflected the countless development opportunities especially in the digital era.

In the past, BBC Worldwide was harshly criticized for the purchase of Lonely Planet. But the fact is that BBC Worldwide has already faced a wall of criticism after the announcement of the sale of the famous travel guide business. And that is not the end of it as the wave of animadversion has just begun.

Certainly, the price of the sale of Lonely Planet is the main reason of omnipresent criticism as BBC Worldwide will record a £80 million loss on its investment. Everything indicates that similar purchases will not be allowed in the future.

Anna Domanska
Anna Domanska is an Industry Leaders Magazine author possessing wide-range of knowledge for Business News. She is an avid reader and writer of Business and CEO Magazines and a rigorous follower of Business Leaders.
« India cuts interest rates as it aims to boost growth
China Manufacturing Slowely Rebounds in March after Feb’s Plunge »
Leave a Comment
Close

The Ikea and Rockefeller foundations are jointly launching a $10 billion fund to promote small-scale renewable power projects in developing nations. Both
5 hours ago