BAT satisfied with its Q1 sales 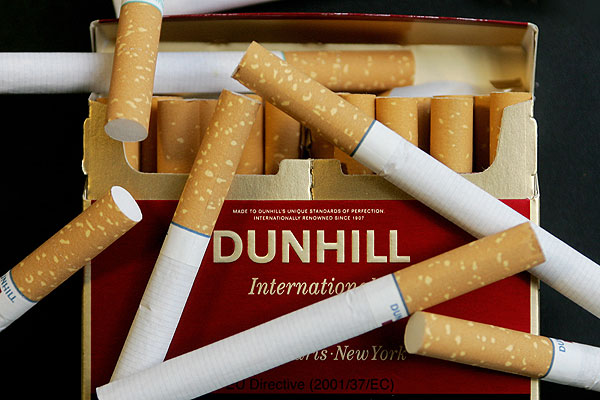 British American Tobacco Plc is certainly satisfied with its first quarter sales as revenue growth exceeded analysts’ estimates. No doubt that higher prices of Pall Mall and Dunhill helped the company overcome harsh conditions existing in the market. The world’s second cigarette maker is bolstered up by its results as it is now more confident that its earnings would increase in 2013.

On the 25th of April, the London-based cigarette maker released its data on the three-month period ended March indicating that its revenue, at constant rates of exchange, jumped by surprising 5 percent. It seems that BAT, which happens to be the Europe’s biggest cigarette maker, hacked tough conditions in the market with help of higher prices. More important, the results significantly topped analysts’ estimates of 3.7 percent.

In addition, the company saw its shipments in the given period ended March slump approximately 3.4 percent. This was slightly below analysts’ projections of a 3.5 percent decrease. However, it was underlined in a statement released by the company that BAT Plc was satisfied with its performance in the quarter due to recorded increases in revenue as well as Global Drive Brands. The findings of the report indicated that the company saw its market share substantially increased in the so-called Group’s Top 40 markets, yet volumes were lower in the quarter on a year-on-year basis.

Furthermore, British American Tobacco Plc informed that its four Global Drive Brands’ cigarette volumes grew around one percent. The findings showed that Dunhill volumes climbed by approximately 5 percent mainly driven by growth recorded in Indonesia, the Middle East and South Korea. As for Kent, the London-based cigarette maker saw volumes of this brand dive as much as 7 percent. Significant increases in Germany, Poland and Italy did not help Lucky Strike as its volumes slumped sharply by staggering 9 percent. However, Pall Mall recorded a 9 percent jump which was driven by strong its strong performance in Chile, Canada and Italy as well.

Nicandro Durante, chief executive officer at British American Tobacco Plc, underlined: “This is a good performance against a backdrop of fragile economic conditions persisting in many parts of the world. We have grown revenue, our pricing momentum remains strong and our Global Drive Brands continue to perform well,” adding that the company was strongly convinced that its performance will be strong in the ongoing year.

While the world’s battle with cigarettes continues, tobacco companies are facing tougher conditions. What is interesting is the fact that more and more countries, including the UK, want to implement strict and austere laws on cigarette makers, just to mention compulsory plain packaging for cigarettes.

All steps, which are being taken by authorities, are aimed at reducing the number of smokers. And that simply will weaken tobacco companies’ performance. Therefore cigarette makers are fighting back desperately by innovating their products and introducing new ones as well. British American Tobacco Plc is a perfect example of this desperate fight as the company announced that it would launch its new “tobacco inhalation device” in the UK in 2014.

Anna Domanska
Anna Domanska is an Industry Leaders Magazine author possessing wide-range of knowledge for Business News. She is an avid reader and writer of Business and CEO Magazines and a rigorous follower of Business Leaders.
« Microsoft convinces ZTE to fall in line
Samsung delivers record profits on smartphone bonanza »
Leave a Comment
Close

On March 15, Novogratz went so far as to predict that the Bitcoin future price will reach half a million dollars per coin by 2027. He made this statement at the Bitcoin 2022 confer
19 mins ago