Barclays CEO Jes Staley has been fined a total of 642,430 pounds ($870,428.41) by British regulators for attempting to identify the identity of an anonymous whistleblower.

The fine is the third-biggest ever imposed by the Financial Conduct Authority on an individual. The regulators said the fine is only 10 percent of his overall pay package. “I have consistently acknowledged that my personal involvement in this matter was inappropriate,” Staley said.

The FCA and Prudential Regulation Authority will impose the financial penalty on Staley for failing to behave “with due skill, care and diligence” in the whistleblower scandal. While some insiders feared the Barclays CEO might lose his job, it hasn’t happened so far. The regulators stopped short of the more serious charge of the Barclays CEO acting with lack of integrity. Jess Staley is now the first CEO of a major financial institution to be fined and keep his job.

British regulators said Staley cooperated with their investigations and therefore qualified for a 30 percent discount on a fine that otherwise would have been upwards of £900,000. 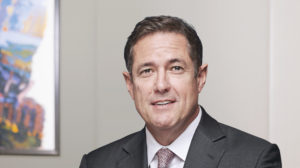 The Board takes Barclays’ culture and the integrity of its controls extremely seriously,” said Barclays chairman John McFarlane. “The Board is pleased that the FCA and PRA’s investigations have concluded and are now behind us. The Board has reiterated its support for Jes, as have shareholders at last week’s Annual General Meeting.”

British regulators are still investigating the whistleblower scandal and are yet to publish its findings.

The whistleblower scandal dates back to 2016 when Barclays CEO Jes Staley tried to find out who had written an anonymous letter to the board raising concerns over the recruitment of Staley’s former colleague at JPMorgan Chase & Co., Tim Main. The whistleblower flagged issues of a personal nature over Staley and Main’s role in dealing with those concerns at JPMorgan.

After learning about the anonymous letter, Barclays CEO Jes Staley attempted to unmask the identity of the whistleblower, in spite of being informed that it was inappropriate for him to do so. During its investigation, Barclays found that Staley “honestly, but mistakenly, believed” his actions were allowed.