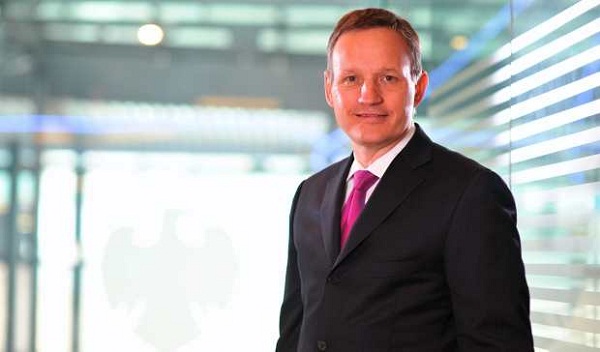 Barclays PLC has informed that its retain and business banking head Anthony Jenkins, 51, was appointed as the group’s new CEO as company’s shares fell following news regarding an investigation into bank’s overseas investment deal.  Anthony Jenkins will replace Robert Diamond who resigned in July after a rate rigging scandal (the Libor scandal) was made public. Anthony Jenkins, the new CEO at Barclays, has been given a mandate to launch a root and branch review.

Barclays has announced that Anthony Jenkins would fill the position vacated by Bob Diamond who had left the company following the rate rigging scandal also known as the Libor scandal. In addition, the bank also appointed new chairman in the wake of scandal, David Walker, who will replace Marcus Agius in November.

The moment to take the control of the bank is not the best. The bank has been hit by more bad news. As it was disclosed by Barclays on Wednesday, Britain’s Serious Fraud Office started looking into bank’s payments to Qatar Holdings LLC when the group had raised more than 5 billion pounds ($8 billion) of emergency capital at the height of the global financial crisis. The appointment of Anthony Jenkins as new CEO at Barclays comes exactly when the group faces a number of lawsuits regarding the Libor scandal as well as payments to Qatar Holdings LLC.

As yet, Barclays is the only bank which has been identified as manipulating key interbank lending benchmarks. However other banks are currently under the investigation. U.S. and British regulators fined the group with $453 million. After the settlement was reached, both Robert Diamond and Marcus Agius resigned.

The first market reaction to the appointment of Anthony Jenkins was not too optimistic for the group. Barclays’ shares dropped 1.7 percent at 183.1 pence in early trading in London.

Rumors had been circulating that Anthony Jenkins was the leading internal candidate from the early stage of filling the post vacated by Robert Diamond. Anthony Jenkins, the Oxford University graduate, has been a head of retail banking at Barclays since November 2009. Earlier, in 2006 he joined Barclaycard, the bank’s credit-card division. But Anthony Jenkins’ history with Barclay had started in 1983 to have been then interrupted by his decision to work for Citigroup Inc. in 1989. But what is important is that working in retail banking meant that Anthony Jenkins was not so much affected by all of allegations toward Barclays’ operations in investment banking division.

The Jenkins’ appointment has been approved by the U.K. Treasury and the Bank of England. Regulators stated that they had lost all their confidence in Bob Diamond.

Jenkins’ annual salary will be $1.7 million, or £1.1 million. He will also receive incentive pay of 250 percent of the salary, as it was said in the Barclay’s statement. He will also be entitled to share awards as part of Barclays’ long-term incentive plan; however the award will be up to four times of the salary in any one year. Those awards are modest compared to Diamond’s ones, not to mention that Jenkins’ salary is a fifth smaller then his predecessor.