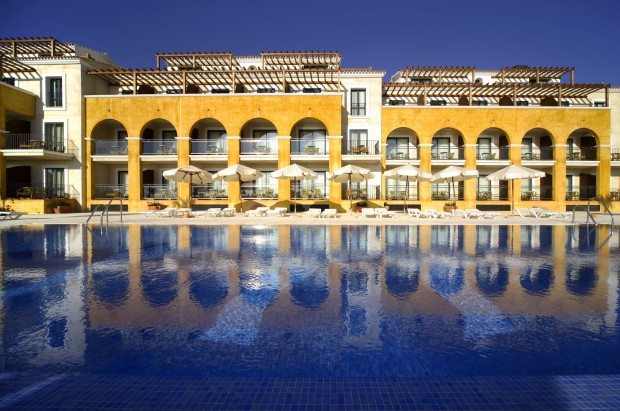 Founded in Palma de Majorca, Spain, over 75 years ago, the Barcelo Group is a global leader in the hospitality and tourism sectors. Owned by the Barceló family and run by three generations of family members, the Barceló Group with its hotel and travel divisions operate more than 185 hotels in 15 countries and 505 travel agencies in 23 countries.

In 2007, Barcelo, with its staff of over 25,000 people, was awarded the Prince Felipe Business Excellence Award in the category of Business Competitiveness-Big Business.

A family-run company with an 80-year history, the Barceló Group focuses its activities on the development of different tourism businesses, which are vertically integrated in one business structure.

Although its main interests are hotel management as well as retailer and receptive tour operator networks, Barceló Group is open to participation in other societies to favour its diversification in tourism-related areas.

As part of its corporate social responsibility and commitment to society and the environment, the Barceló Group subscribes to the Global Pact that is coordinated by the Culture Association of United Nations and the Code of Conduct against the Sexual Exploitation of Children. It also collaborates with social non-profit entities like Fundación Integra and Fundosa for the employment integration of excluded groups within the Company.

The Barceló Group believes its main objectives as being to become a reference brand and business within the national and international tourism sector; to get that all and each of its projects are cost-effective; to use its long experience in the sector of city and holiday hotel management; to meet its clients’ standards (guests, shareholders, employees, members and collaborators, suppliers and public administrations); to take advantage of business opportunities, opening new markets and being pioneers in the launch of new and innovative products and services; to contribute to the welfare and to the social, political and economic development of the countries where it is present.

One of the main objectives of Barceló Group’s Ethical Code is the development of the tourism activity under the principles of environmental sustainability, as well as its commitment to the study of the projects’ viability considering the preservation of the surroundings and its effects on the area where they are carried out.

While the hospitality sector has been witnessing difficulties and a general slowdown globally, which has meant a halt in many of the projects, Barceló Hotels & Resorts ended 2010 with the addition of 5 new hotels: 2 in Cuba (Barceló Habana Ciudad and the second phase of Barceló Cayo Santa María Resort), 1 in Turkey (Barceló Ankara Antinel), 1 in Morocco (Barceló Marina Smir Thalasso Spa) and 1 in Spain (Barceló Corralejo Bay in Fuerteventura).

Focusing on quality and the medium-high segment of the hospitality industry, the Reactor Plan (2010-2012) initiated by Barceló Hotels & Resorts in 2010 aims to continue and increase, if possible, the quality of the chain’s hotel supply.

With this objective in mind, despite the difficult economic scenario, the Group continued to carry out major renovations of strategic establishments such as  Barceló Bávaro Palace Deluxe (in the Dominican Republic), which has ended its third year of renovation work with a total investment that already exceeds 250 million dollars, Barceló Santo Domingo (in the Dominican Republic), Barceló Illetas Albatros (in Majorca), which has become a hotel only for adults after the renovation, and Barceló Sants (in Barcelona), a very important hotel for Barceló Hotels & Resorts since it was the group’s first city hotel (added in 1995) and which set the standard for the chain’s urban tourism.

The Co-Chairmen on the “Reactor Plan”

“With respect to business tourism, the city hotels of Barceló Hotels & Resorts have started to experience a certain improvement but the market is still very cautious and with very low prices, so its revival will take slightly longer.

In a transition year such as 2010, and after successfully completing the 2005-2010 Strategic Plan, which enabled our Group to double its portfolio and reposition it completely, from a chain of 3-star hotels to a hotel group with leisure and business establishments exclusively of 4 and 5 stars, the company approved a new plan called “Reactor” which will last for two years (2010 2012).

As indicated by its name, the plan is aimed at reacting to the current exceptional situation of the world economy, which our Group cannot avoid, and preparing the Group to tackle the main challenges of the future in terms of the difficulties that may be encountered and to take advantage of the situations that arise since everybody knows that, in times of crisis, major opportunities are also created.

To carry that out, a number of measures have been adopted in order to, on the one hand, further improve the quality of the Group’s hotels, aimed at consolidating its deluxe offer, and, on the other hand, restructure its accounts, with the aim of attaining the highest possible profitability and the necessary financial strength so that the Group can make the most of the opportunities that may arise. Grupo Barceló celebrates its 80th anniversary in 2011 and, during its long life, the company has carried out different operations that have enabled it to grow and diversify. And nearly always, this has occurred just after crisis periods.”