The drive for sustainable energy funding gained momentum after the public health crisis and the fallout of climate change and natural disasters on the global economy.

According to a projection from Swedish bank SEB, governments and companies are expected to issue $500 billion in green debt in 2021. The IMF estimates that there are now more than 1,500 equity funds with an explicit sustainability mandate and investors are buying stocks in companies with a good track record on environmental, social and corporate governance or ESG issues.

This should be quite encouraging for people pushing for sustainable fundings in the energy sector. But latest figures show that global banks invested $750 billion in coal, oil and gas companies last year, despite many having pledged to back the Paris Climate Accord and cut their funding for fossil fuels, according to a new study published by the Rainforest Action Network., an activist group. 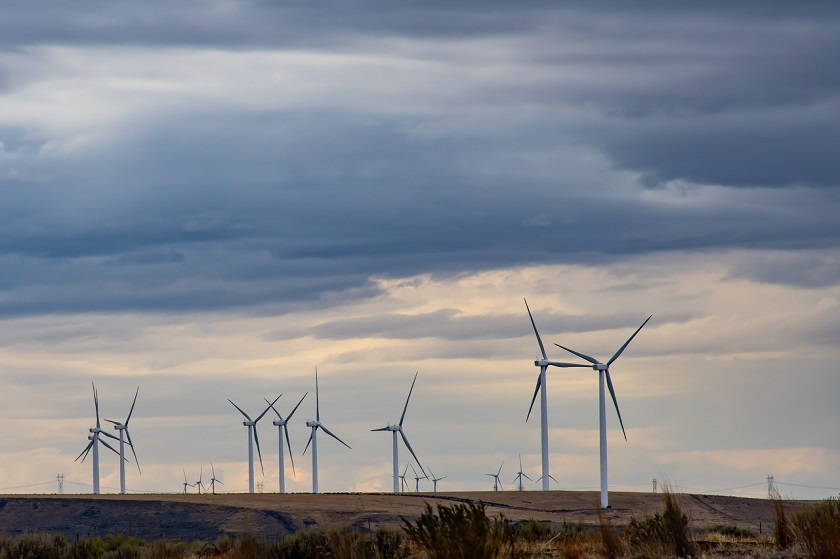 In the U.S., JPMorgan Chase remained the leading player with $317 billion committed to oil and gas companies since 2016. However, it cut down fossil fuel investments by 20 percent to $51 billion in 2020. Citigroup followed in second place, providing $48bn of funding last year, down from $53 billion the previous year, for a total of $238 billion in financing since 2016.

Wells Fargo’s score card on such investments is better than others. It reported a massive cut of 42 per cent in oil and gas companies for 2020. It issued $26bn in fossil fuel funding, but the cuts were more due to the fall in oil prices, which led to “reduced [acquisition and divestiture] volumes, a significant widening of non-investment grade spreads and a pullback in the bank market”, reports the Financial Times.  Wells Fargo is a major backer of fracking in the U.S. and has invested $223bn since 2016 in oil and gas activities.

JPMorgan and HSBC have both committed to expanding investments in clean energy and working towards net zero emissions by 2050, in line with the Paris climate pact. HSBC said its ambition is to support customers with between $750 billion and $1 trillion of finance and investment by 2030 to help with their transition to zero-emission technologies.

Overall, lending and debt, and equity underwriting for the fossil fuel sector fell by 9 per cent to $750bn in 2020, but some skeptics think this is just green wash and nothing to do with climate change concerns.
“It’s essentially a Covid blip until proven otherwise. And history does suggest that’s what it is,” said Alison Kirsch, lead climate and energy researcher at the Rainforest Action Network. She added that despite the lockdowns and falling demand for fossil fuels, banks still provided more capital to oil, gas, and coal companies in 2020 than they did in 2016 and 2017. The overall trend is not very convincing, says the report. Lucie Pinson, founder and executive director of Reclaim Finance, an activist group, said BNP Paribas has some strong policies on coal, oil, and tar sands, but it still is continually financing oil majors.

BNP Paribas replied to the RAN report authors saying that it had significantly reduced funding in oil compared to other sectors and it had “played a major role in stabilizing the economy” by providing liquidity to companies hit by the pandemic. In 2020, BNP Paribas majorly invested in B.P., Total, and Royal Dutch Shell, all of which have said they will cut their emissions and invest in renewables. “I’m not saying don’t support any of these companies. I’m saying don’t support these companies if they haven’t committed to stop fossil fuel expansion,” Pinson said. “You need to be serious and push them to really put on hold the expansion and development of new fossil fuel reserves before writing them an unconditional cheque.”

Almost all top world banks have repeatedly said they are committed to reducing their “financed emissions”. But according to RAN, most banks’ net-zero plans are “dangerously weak, half-baked or vague”.

However there is a move by institutional investors supporting environmental, social and corporate governance, or ESG, to accelerate change in the industry after years of resistance.
The 2020 Global ETF Investor Survey from the U.S. private bank Brown Brothers Harriman (BBH) found that almost one in five investors said they would allocate between 21% and 50% of their portfolio to ESG funds in the coming five years.

Shareholders forced HSBC at its annual meeting to amend its climate policy to incorporate the demands of activists. It has now agreed to reduce its exposure to carbon-intensive assets and report on its progress. HSBC was involved in $23bn of fossil fuel financing in 2020, according to the RAN report, down from $28bn the year before, for a total of $111bn since 2016.

Barclays, though a part of the net-zero effort by 2050, rebuffed moves to proceed faster or adopt more stringent measures to implement green-friendly investment policies at the bank.

The RAN report ranked Barclays as the biggest fossil fuel financier based in Europe, extending $28bn in credit last year for a total of $144bn since 2016.

Climate change is forcing central banks of the developed world to look at alternatives. “For the first time since WWII we sense a shift in which climate and the environment — not growth — will become the priority of governments and their citizens, as shortages of food, clean water and air become existential questions,” Saxo Bank Chief Economist Steen Jakobsen said in his latest quarterly outlook report.
The E.U. has said it will launch €225bn worth of green bonds as part of the €750bn borrowing that will fund its Covid-19 recovery plan.

The European Central Bank is considering raising the amount of capital required at lenders it considers to have disproportionately high levels of climate risk on their balance sheets.

The capital market and private lending institutions have become more stricter about lending to major energy companies. There are concerns by these companies about their ability to roll over their debts due to the paucity of funding.

ESG funding is seeing a rising trend with a HSBC report predicting that green bonds will reach somewhere between $310bn and $360bn in 2021. 2019 saw a total of 479 green bonds issued worldwide, up by a quarter compared to the previous year, and 2020 is set to be a “bumper” year for green bonds, driven by a new set of standards in Europe and an uptick of activity across Asia, according to law firm Linklaters.

But there are concerns that clean energy transactions are still falling behind dirty energy. No financial institution wants to walk away from a long-standing paying business. Governments will have to get more creative with incentives and credits to push corporates to abandon existing capital expenditure plans for new ones, e.g. a global renewable portfolio standard in the power sector.

Anna Domanska
Anna Domanska is an Industry Leaders Magazine author possessing wide-range of knowledge for Business News. She is an avid reader and writer of Business and CEO Magazines and a rigorous follower of Business Leaders.
« Deliveroo seeks a valuation of $12 billion for its maiden IPO
Airlines fear travel surge might not aid fast recovery »
Leave a Comment
Close

Inflation is chasing the investors and policy makers at a speedy rate. CPI increased by 7% in December, 2021, the highest since June, 1982.
15 hours ago

Enriching consumer experience in LA, Amazon’s Style store is transforming the ways of buying outfits through suggested algorithms.
19 hours ago