Ball Corporation has completed two virtual power purchase agreements (VPPAs) that would allow it move to 100 percent renewable energy in its North American operations. According to its announcement on April 25, the company secured deals – one wind and one solar – that will produce 388 megawatts of renewable energy, enough to run all the electricity loads; packaging, corporate and aerospace operations utilized in the said region by the end of 2021.

Ball will be able to cut its global Scope 2 greenhouse emissions by half through both the wind and solar developments in Texas and Oklahoma alone. That’s equivalent to carbon emission generated annually by some 180,000 passenger vehicles.

These renewable energy deals will allow Ball to join the list of leading corporate buyers of clean energy in the US and in its industry, said president and CEO John A. Hayes. These agreements are also “marking a critical moment in our sustainability journey, and are a demonstration of our commitment to have the aluminum recognized as the most sustainable package.”

He added that the projects will allow Ball to handle its electricity use in North America and in making significant progress toward the company’s “previously announced Scope 1 and 2 science-based GHG emissions target while leaving room for growth in our businesses.” 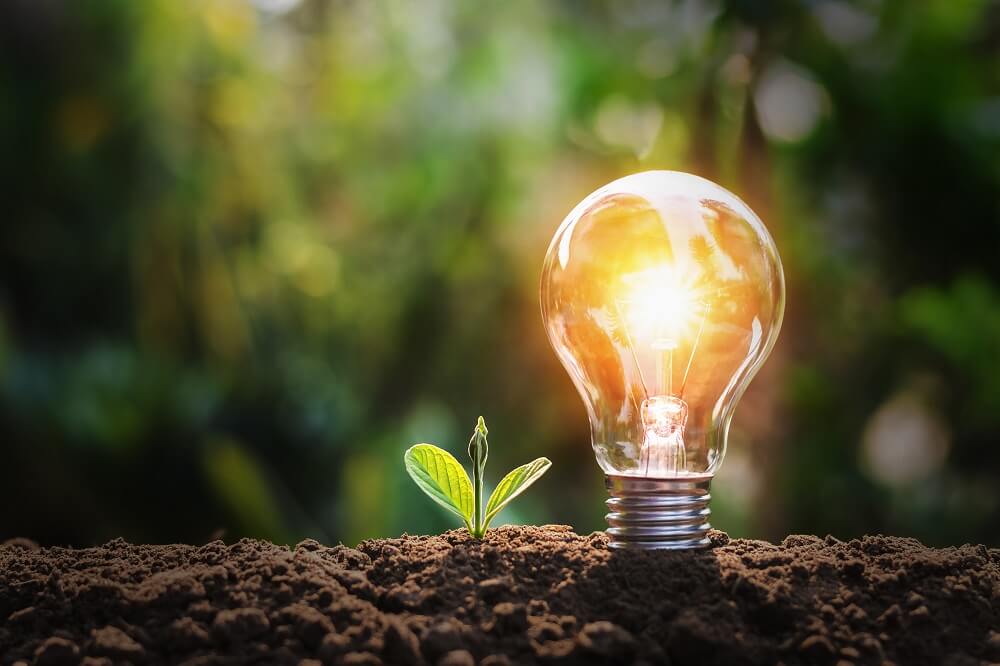 The use of renewable energy is crucial in making Ball more sustainable in its packaging and exploration for similar opportunities across its global footprint.

In partnership with a local service provider, Ball built three wind turbines in 2015 to mark its entry into using renewable energy. The plants were developed to help power its beverage packaging plant in Findlay, Ohio. Last year, the company expanded the project to six turbines, to achieve over 24,000 megawatt-hours of energy yearly.

The new wind and solar VPPAs are indications of the company’s success, having tried the technology for over four years. Annual estimated energy to be produced by both projects would be around 1,200,000 megawatts hour. That’s equivalent to the amount of electricity consumed yearly by 100,000 homes in the US. They will contribute nearly 5,000 percent more renewable energy to the company’s North American electricity portfolio.

The use of renewable energy is crucial in making Ball more sustainable in its packaging and exploration for similar opportunities across its global footprint, said Hayes. “We also continue to work with our customers, suppliers and other industry partners to further enhance the can’s sustainability credentials and meet increasing customer, consumer and retail demand for more sustainable solutions to the plastic pollution crisis.”

Schneider Electric Energy and Sustainability Services, who advised Ball on the VPPAs, assisted it in the project selection and negotiation.

Unlike other beverage containers poised to degrade and pollute the environment, it would take as little as 60 days to recycle and send aluminum packaging back to store shelves. Around 75 percent of all aluminum ever produced is still in use today. Aluminum packaging is infinitely recyclable, economically valuable and innovative. It can help in building brands, inspiring consumers and sustain the future of where we live.

Ball will in May release its sustainability achievements in 2018 and ongoing sustainability efforts. The company has seen improvements in responsible sourcing, water stewardship, and climate change.

Anna Domanska
Anna Domanska is an Industry Leaders Magazine author possessing wide-range of knowledge for Business News. She is an avid reader and writer of Business and CEO Magazines and a rigorous follower of Business Leaders.
« Ford passes Tesla in market cap after over a year
Opened in 900 AD, Sean’s Bar is the Oldest Bar in Ireland »
Leave a Comment
Close