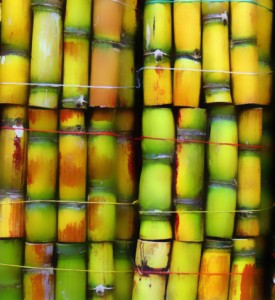 Bajaj Hindusthan Ltd, is a part of the prestigious ‘Bajaj Group’ and is headquartered at Mumbai, India. It was incorporated in 1931 and was initially known as The Hindustan Sugar Mills Ltd.

With fourteen sugar plants conveniently located in the northern India, Bajaj claims to be India’s Number one sugar and ethanol manufacturing company. These plants have aggregate sugarcane crushing capacity of 136,000 tcd (tonnes crushed per day) and a distillery capacity to produce 800,000 liters of alcohol per day.

Bajaj Hindustan Ltd, the pioneer of India’s fuel ethanol programme, currently produces 38 million litres of ethanol in a year. In anticipation of emerging market demand, the Company has increased its ethanol manufacturing capacity to nearly 218 million litres per year.

BHL generates 430 MW of power from the bagasse produced in its sugar mills. After meeting its own energy needs, BHL has a surplus of 105 MW. The Company has already begun to supply a significant part of this surplus power to the government. BHL has now embarked upon the expansion of its power generation capacity by 450 MW through the setting up of new coal based power plants of 90 MW each in the vicinity of five of its existing sugar units.

These new projects are expected to be completed within a period of nine months at an aggregate project cost of around Rs. 23 billion.

Besides this, through a Consortium, the Company, in a major diversification move, has also embarked on developing two mega thermal power projects in UP, each of which will produce 1,980 megawatts of power, ready for commissioning in around 5 years.

BHL’s wholly owned subsidiary, Bajaj Eco-tec Products Limited (BEPL), produces environment-friendly Medium Density Fibre Boards (MDF) and Particle Boards (PB), both from its bagasse waste. Both MDF and PB are invaluable substitutes for wood in construction and furnishing. The manufacturing of MDF and PB has been a trail-blazing venture in India. It will protect and preserve India’s forests from commercial exploitation by the construction and furniture industries. A 50,000 cubic metre MDF plant saves one lakh mature trees from being cut down in a year.

BEPL is among the very few units in the world to manufacture MDF and PB that is completely wood-free. Its three Units, put together, turns out 210,000 cubic metres of MDF and Particle Boards in a year. This will prevent the felling of an estimated 420,000 fully matured trees annually. 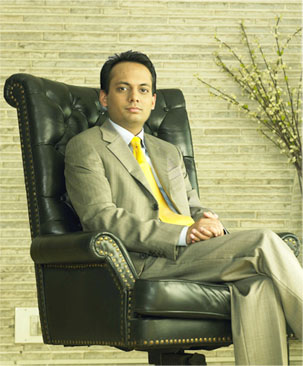 The Company’s growth initiative has been led by the strong leadership of Mr. Shishir Bajaj and Kushagra Bajaj with a strategic focus of attaining global scales of manufacturing and cost competitiveness. Such benchmarking provides BHL advantages of cost and higher domestic market share where demand is expected to outstrip supply for the next few years.

BHL is in a unique position. While it’s planning and processes are benchmarked against global practices, its activities are directed at contributing to the Indian rural economy at a local, grassroots level, primarily in the uplifting of the farmers.

The Company embarked on an expansion, the scales of which are unprecedented worldwide, providing tremendous opportunities of employment, infrastructure and community development and contributing to the growth of the rural economy.

View this profile in our Magazine

Christy Gren
Christy Gren is an Industry Specialist Reporter at Industry Leaders Magazine she enjoys writing about Unicorns, Silicon Valley, Startups, Business Leaders and Innovators. Her articles provide an insight about the Power Players in the field of Technology, Auto, Manufacturing, and F&B.
« Solazyme
The Economics of Sony PlayStation Network & Qriocity Identity-Hacks »
Leave a Comment
Close