The American private equity firm Bain Capital is planning an offer to buy Toshiba, which would take the Japanese industrial conglomerate private.

Toshiba shares rose sharply Friday morning after Bain Capital announced it was looking into a possible bid for the 140-year-old Japanese industrial conglomerate. Shares of Toshiba were recently 5.3% higher at $40.25 (4,898 yen) after rising as much as 6.3% earlier.

Bain Capital said Thursday after market closing that it is expected to be in a position to submit a formal proposal to Toshiba “relatively soon,” according to sources close to the matter. The US private equity has received indications of support for a potential deal from the company’s largest shareholders.

Toshiba’s top shareholder, Singapore-based Effissimo Capital Management, said in a filing on Thursday that it had agreed to sell its 9.9% stake to Bain if the U.S. private equity firm launched a tender offer.

How likely is the Bain Capital bid to succeed?

Effissimo Capital Management is the only shareholder to publicly pledge to tender its stocks to Bain Capital. The fact that Bain’s offer would not come as a surprise to Toshiba executives and board members, according to sources close to the business, contrasts with a surprise preliminary approach made by rival private equity firm CVC last April, which led to the departure of then-CEO Nobuaki Kurumatani. Bain has spoken to other significant shareholders about their expected reaction to a takeover offer and has begun conversations with Japanese investors who may become part of a buyout consortium and iron out regulatory worries about Toshiba being completely foreign-owned. 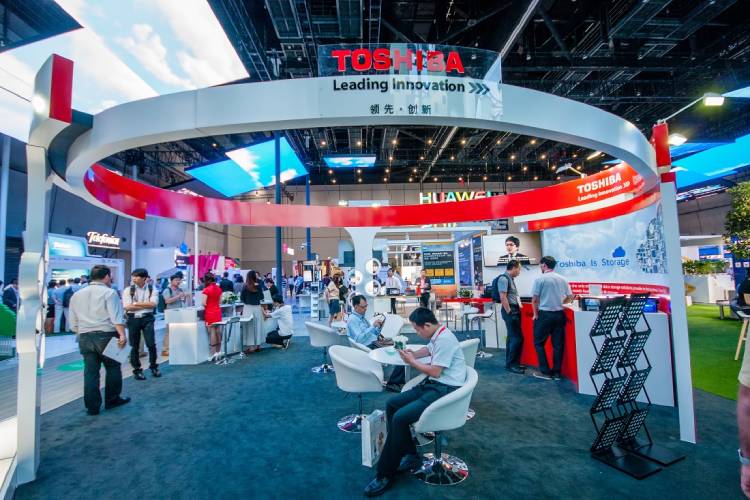 Toshiba’s stock rose after the Japanese company’s top shareholder raised the possibility of a takeover proposal by Bain Capital, a private equity group based in the United States.

According to sources, Toshiba is garnering interest from other global private equity firms to take it private. The agreement between Bain Capital and Effissimo Capital Management would not prevent them from making buyout offers, Toshiba said in a statement on Friday.

For the past year, Toshiba shareholders have been speculating about a buyout deal that would be Japan’s largest ever and a watershed moment for private equity’s entry into the world’s third-largest economy. Many argue that the corporation is worth far more than $20 billion. The decision by Toshiba’s largest shareholder, Effissimo Capital Management, to back Bain Capital puts substantial pressure on the Japanese conglomerate to actively pursue takeover bids from private equity-led consortiums and find a way out of an increasingly tense relationship with shareholders.

What’s next for Toshiba?

The agreement between Bain Capital and Effissimo Capital Management forbids the latter from selling its stock to other possible bidders, posing substantial challenges for KKR, Blackstone, and other private equity firms interested in acquiring Toshiba.

Toshiba’s shareholders rejected the company’s proposal to divide itself in two last week, in a rare showdown and a momentous step for corporate Japan. They also rejected a suggestion from a key shareholder to resume negotiations on a prospective acquisition.

Regardless of the decision, senior Toshiba executives interpreted the vote as a clear message that if the firm did not open itself up to negotiations with possible suitors, it risked permanent gridlock and long-term harm to its competitiveness, according to insider sources familiar with the matter.

Bain Capital stated in a statement that no decision had been made on a bid for Toshiba and that “we recognize that there are many challenges to solve.” The group will meet with Toshiba executives, the Japanese government, banks, and other stakeholders, according to the statement.

Toshiba stated that it was not involved in the Effissimo-Bain agreement, but that it would “make best efforts to build trust with shareholders and reconsider its strategic options to enhance corporate value continuously.”

Anna Domanska
Anna Domanska is an Industry Leaders Magazine author possessing wide-range of knowledge for Business News. She is an avid reader and writer of Business and CEO Magazines and a rigorous follower of Business Leaders.
« SoftBank to Scale Down Its Tech Investments
Staten Island Amazon Union Is in the Lead after the First Day of Voting »
Leave a Comment
Close