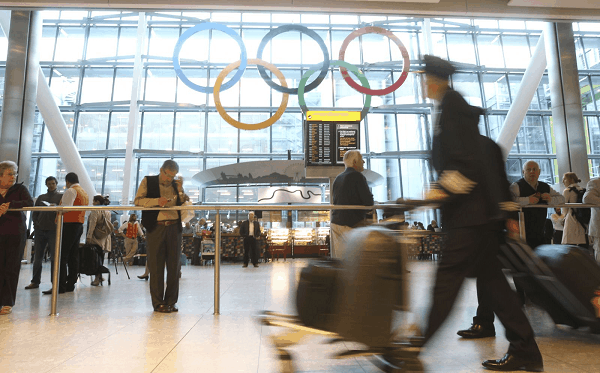 BAA, leading UK airports company, informed on the 15th of October that the BAA name would disappear from its airports. According to the company’s statement, airport operator BAA is to change the name under which the company operates its UK airports. The company’s portfolio of airports includes Heathrow, Glasgow, Aberdeen Southampton and Stansted and all of them will operate under their stand-alone brands. The name changes are effective from the 15th of October.

BAA to change its name

BAA was floated in a wave of privatization in the 80’s when it owned airports such as  Gatwick, Stansted, Heathrow, four Scottish airports as well as Southampton. However BAA was originally a short for British Airports Authorities which was established over 50 years ago.

These days BAA manages airports in Heathrow, Glasgow, Aberdeen, Southampton and Stansted, which from the 15th of October are going to use their own stand-alone brands. BAA group was bought by a infrastructure company Ferrovial in 2006. However due to actions implemented by the Competition Commission the company was forced to sell Gatwick and Stansted, as well as either Glasgow or Edinburgh. According to compiled data, the London’s Heathrow airport accounts for almost all of the BAA’s business.

Colin Mathews, chief executive officer at BAA Airport, highlighted that the group was a different company from when it had been established. He also noted that the company had sold its stakes in couple of airports, including Gatwick, Edinburgh, Budapest and Naples. In addition, the company is currently in the process of selling Stansted Airport as well. As for the change name of BAA Colin Mathews stated: “The BAA name no longer fits. We do not represent all British airports; we are not a public authority; and practically speaking the company is no longer a group as Heathrow will account for more than 95 percent of the business.”

The name change is a kind of a symbolic departure from the BAA past to paraphrase Colin Mathews.

Moreover Amanda McMillan, Derek Provan as well as David Lees will continue working as the Managing Directors of Glasgow, Aberdeen and Southampton airports. Nick Barton remains the Managing Director of Stansted Airport as the sale of the airport is still in process. The company agreed to sell Stansted Airport, which is the UK’s third-largest airport by the number of passengers, due to loss of legal fight against competition authorities over a forced disposal.

Changes are aimed at providing better service to the company’s customers by improving operational performance and investing in new facilities, according to Colin Mathews. These improvements are to be mainly implemented at London’s Heathrow airport, which was the official airport for the Olympic and Paralympic games. Analysts have lately criticized overcrowded air space in London.

The iPad manufacturer has previously sought to remove China as the main Apple manufacturing country. Trade tensions and a strict Covid-19 policy has previously resulted in supply c
5 hours ago