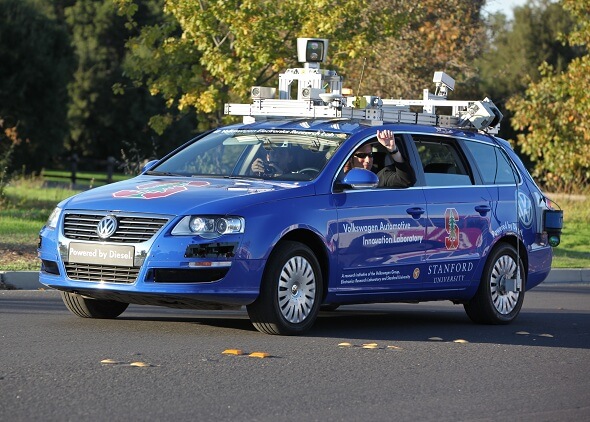 The SUV covered almost 3,400 miles mostly traveling on highways with 99 percent of the drive in fully automated mode.

Delphi Automotive successfully completed the longest automated vehicle campaign in North America, traveling from San Francisco to New York in the first trip ever taken by an automated vehicle.

The vehicle used was a customized Audi SQ5 SUV, and was first launched in January during the 2015 Consumer Electronics Show (CES). The Audi SQ5 SUV was equipped with GPS, radar, cameras and laser sensors to navigate the 15-state journey from San Francisco to New York that began March 22.

Delphi’s chief technology officer Jeff Owens said that the car and its occupants were subjected to a few hateful gestures along the way as the autonomous Audi did not drive above the speed limit, even when everyone else did.

The car had to deal with difficult situations during the nine-day trip across 15 states and the District of Columbia. Along the way, the vehicle experienced complex driving situations such as tunnels, traffic circles, bridges, construction areas, aggressive drivers and various climate conditions including rain in Texas.

But for most part of the journey, the car made complex decisions like navigating through the bridges, stopping and then proceeding at a four-way stop, open highways and estimating the safest maneuver near a bicyclist on a city street.

Delphi engineers used the drive to research and gather information that will further help advance the safety technology for a safe and commercially available self-driving car. The engineers gathered almost three terabytes of data, parallel to 30 percent of all of the printed material in the Library of Congress.

However, Owens said that the vehicle needed to be able to read a wide variety of lane markings. Some lane markings across states and communities had wide white stripes, rest had narrow yellow ones. Some had faded, some were new and some were marked with raised bumps. He said that the cameras will have to be further trained to identify different kinds of lane markings, since its one way cars can keep themselves centered in a lane.

During bright sunlight and in rainy weather the cameras were slightly blinded, Owens said. However, the radar systems always provided backup and worked quite well on metal bridges, which can cause signals to bounce around, he added.

Audi AG announced earlier this week that Delphi will build a new central computer system that will process the data from different cameras and sensors and notify a vehicle how to respond. The system is said to appear in Audis in the coming two years.