Auto industry leaders are experiencing disruptions, with estimated production shortfalls in single-digit percentage range in the first quarter of 2021.

More than a year after COVID-19 outbreak, the growing impact of the pandemic on the automotive industry remains unclear. As reports suggest, automakers are reducing output and selectively idling assembly lines until the ongoing chip shortage eases, which we expect to take several quarters. The situation is particularly acute for carmakers, which are experiencing an increase in electric vehicle demand, while semiconductor foundries limit their ability to take fewer orders from larger technology companies.

Are we still in the early stages of a long recession in the auto industry? How much are global automakers suffering now, and how long will the ripple effects of the chip shortage persist? 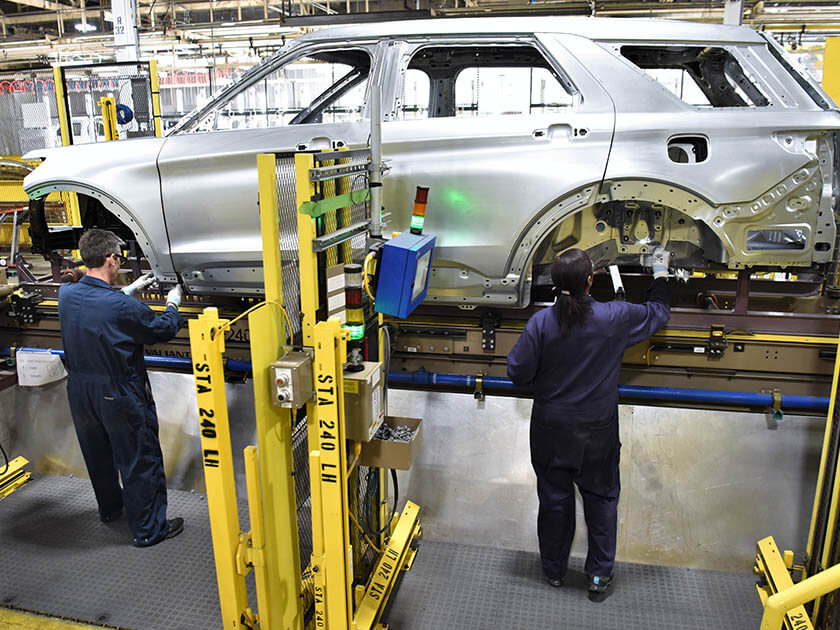 Auto industry leaders, including General Motors Co. and Toyota, have been forced to halt or slow production as the global shortage of semiconductor chips cripples foundries and auto part suppliers. This slowdown in auto manufacturing may last several weeks, as semiconductor foundries that manufacture chips ramp up production to meet growing demand for chips amid rebounding car sales.

Carmakers in North America could risk losing 230,000 units of production in Q1 2021, which roughly equates to a 5% fall in production.

Chip shortages prompted Ford Motor Co. to halt production this month at its Louisville, Kentucky, assembly plant where the Lincoln Corsair and Escape are built. According to Bloomberg, Ford is also halting the production of its most popular car model in Europe for a full month due to global chip shortages. The automaker’s Focus factory in Saarlouis, Germany will idle from Jan. 18 to through Feb. 19, according to a spokesman, who said lower consumer demand is also a factor.

Fiat Chrysler Automotive and Nissan Motor Co. Ltd. said they would cut vehicle production amid the chip crunch. The automaker said it will delay the restart of production at its plant in Toluca, Mexico, where it assembles the Jeep Compass, and idle its Brampton, Ontario, plant where the Chrysler 300, the Dodge Charger and Challenger are built. 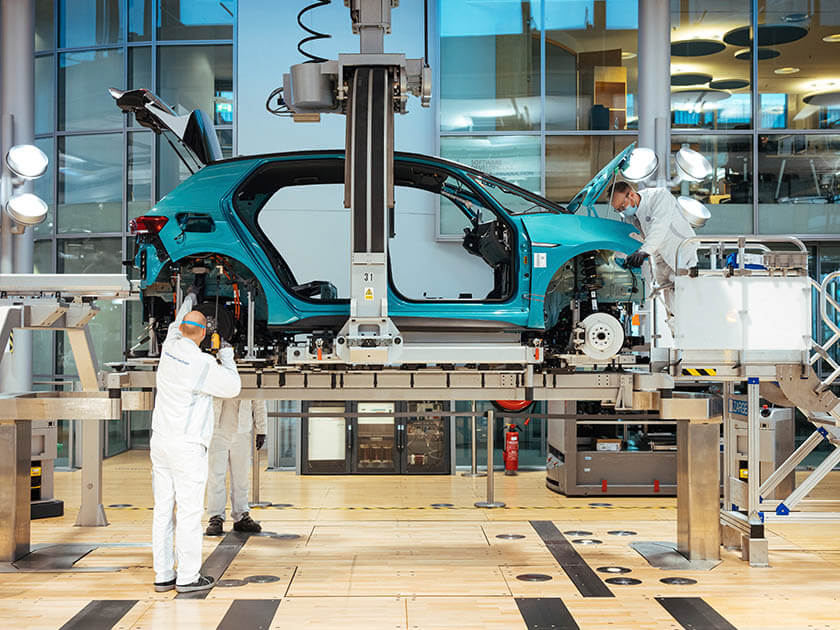 For Nissan, the shortage of semiconductors has forced the automobile company to reduce truck production at its Canton, Mississippi plant. Its domestic competitor Toyota is also facing the corona blues as it reduces the production of the Tundra, which is built in Texas. Meanwhile, Subaru has adjusted production at its plants in Gunma, Japan and Lafayette, Indiana, where the Ascent, Impreza, Legacy, and Outback are assembled. It declined to provide clarity on which models were specifically affected by the auto chip shortage.

General Motors Co. is the latest to fall victim to the supply issue that’s disrupting manufacturing. The carmaker announced on Wednesday it will shut down during the week of Feb. 8 at plants in Kansas, Missouri, in Ontario, Canada and San Luis Potosí in Mexico. Furthermore, it will run its Bupyeong 2 plant in South Korea at half capacity during that week.

Germany’s Volkswagen Group also faced a shortage of supply in semiconductors last month and announced it would adjust production at its facilities in North America, Europe and China.

Carmakers in North America could risk losing 230,000 units of production in Q1 2021, which roughly equates to a 5% fall in production.

A semiconductor chip is a tiny electric circuit that performs control and memory functions in consumer-electronics items such as smartphones, laptops, game consoles, and smart TVs. The automobile industry also uses semiconductor chips for integration of electric features such as Bluetooth connectivity, GPS and driver assistance.

The global auto chip shortage could impact 672,000 light vehicle production in Q1 with the disruption cascading into the third quarter.
(Source: IHS Markit)

For chipmakers, the consumer-electronics industry is a rainmaker compared to the auto industry. During corona times, the semiconductor industry diverted production to items like laptops for those working and learning from home, especially since auto sales slowed as the virus spread across the world.

According to Analog Devices chief executive officer Vincent Roche, automobile manufacturers and car parts supplier slowed down chip buying, digging into their own inventories. This resulted in automakers having fewer chips on hand when car sales rebounded at the end of last quarter. 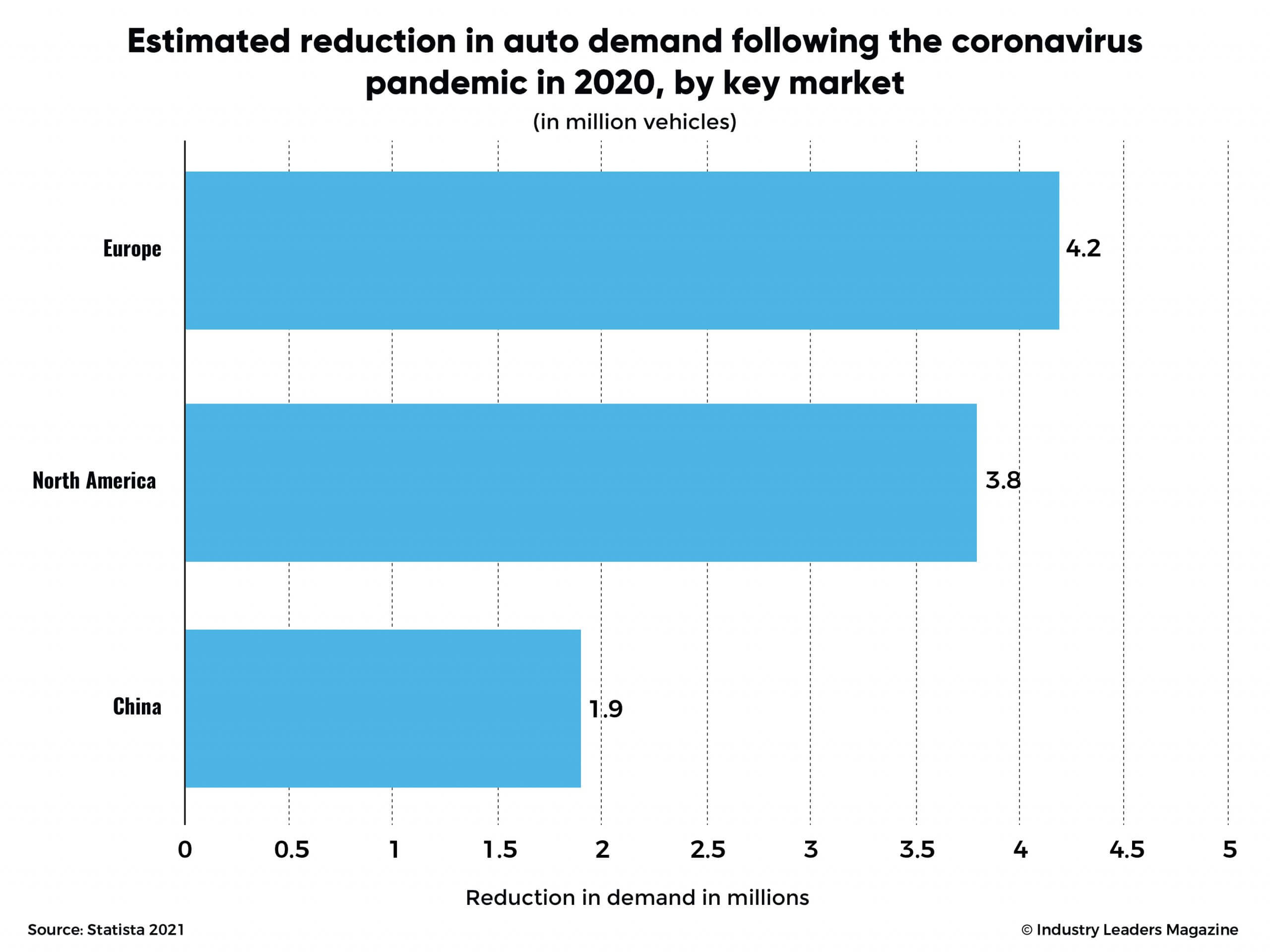 The global auto chip shortage could impact 672,000 light vehicle production in Q1, data firm IHS Markit said on Wednesday, warning that the disruption could cascade into the third quarter. The biggest names in the automotive industry are shutting assembly lines as auto chips run short. According to Fitch Ratings, the global semiconductor shortage may also delay recovery of new vehicle sales and profitability in the sector.

“Because the cause of these constraints is the result of increasing demand from OEMs and limited supply of semiconductors, it will not be resolved until both forces are aligned,” said Phil Amsrud, senior principal analyst-ADAS, Semiconductors and Components, IHS Markit.

There’s light at the end of the tunnel though, as semiconductor foundries in Taiwan pledged to prioritize supplies for auto manufacturers over smartphone makers.

Anna Domanska
Anna Domanska is an Industry Leaders Magazine author possessing wide-range of knowledge for Business News. She is an avid reader and writer of Business and CEO Magazines and a rigorous follower of Business Leaders.
« A Celebration of Accidental Entrepreneurs Who Started With Nothing
Congratulations pour in for Jeff Bezos and Andy Jassy from tech leaders »
Leave a Comment
Close