Automakers are investing in hydrogen fuel cell vehicles but where are the stations?

Porsche v/s Mercedes: Racing to be “THE” Hybrid Supercar?

With global energy usage going up, the prices will reach an all-time high. In such a scenario, big breakthroughs in the new production methods for electricity such as fuel cells may not be as bad as it sounds. Some of the world’s major automakers are leasing hydrogen-powered cars to customers, promising to improve fueling infrastructure, as they explore other alternative methods to power the engine. The cars these automakers provide fail because there are basically no fueling stations to refuel.

Musk’s complaint is that using hydrogen for storing energy would be far less efficient. Other critics have cites reasons such as affordability, safety and the lack of supporting infrastructure among other things. That’s all well and good, but to win big profits, automakers must do something about the lack of fueling infrastructure.

Are we thinking creatively enough about Hydrogen fuel cells? 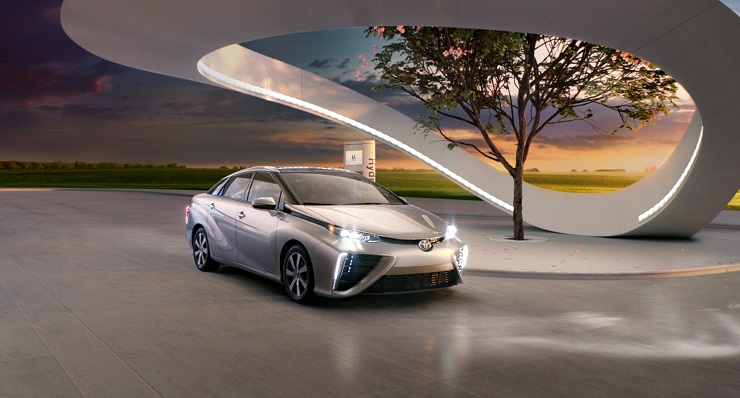 Similarly, the U.S. Department of Energy (DOE) launched H2USA, a private-public partnership with fuel cell electric vehicle original equipment manufacturers. The tryst will bring more than 50 hydrogen fueling stations by the end of 2017.

As of now, the only place in America where driving on hydrogen is affordable is in California. The state has 25 fueling stations, with 16 in Los Angeles and 9 in the Bay Area. The state has already invested $100 million into the project and plans to spend another $20 million to support the installation of 100 more stations by 2020.

All that development is worth the applause, however, it’s worth nothing if electric vehicles outpace fuel cells in the short term. According to IHS Automative electric vehicles will cover 4 percent of the total car market by 2025, from one percent of today. Fuel cells, on the other hand, will only be 0.5 percent.

There are other shortcomings, too. Building hydrogen fueling stations cost 5 times than what it takes to build a conventional gas station. Lastly, fuel cell vehicles still remain expensive, mainly due to expensive mechanics and parts.

Outside of California, there is almost no hydrogen fuel cell infrastructure. Internationally, countries in Europe and Asia are especially supportive of this technology. Tokyo recently made a $350 million investment to improve hydrogen fueling infrastructure. It plans to create a “hydrogen society” before the 2020 Summer Olympics that will be held in Japan. There are also plans to develop fuel-cell powered buses, about 100 of which will be on the streets by 2020. Germany, South Korea, the U.K. and a few Nordic countries aren’t behind either. Critics have regarded their bet on hydrogen fuel cell technology a risky gamble.

Anna Domanska
Anna Domanska is an Industry Leaders Magazine author possessing wide-range of knowledge for Business News. She is an avid reader and writer of Business and CEO Magazines and a rigorous follower of Business Leaders.
« Angry Birds Maker ROVIO Plans IPO: Here’s what to expect
Hyundai Elantra Sport to increase the appeal of conventional cars »
Leave a Comment
Close