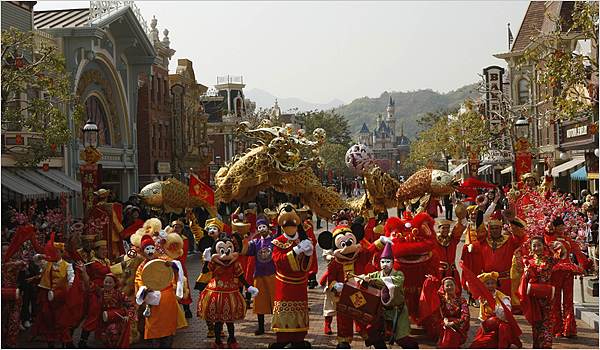 After over a decade of technical and political negotiations, work on what will host Disney’s largest Storybook Castle has finally started.

With Disneyland coming to Shanghai, the local economy is expected to receive a massive boost through the employment generation that will accompany the establishment of this super-popular resort.

Chinese officials are already describing the Shanghai Disneyland as China’s largest foreign invested venture in the service sector, and are convinced that the park will significantly promote Shanghai’s popularity as a tourist destination.

While Robert Iger, Chief Executive of Walt Disney Co., said that the $3.7-billion Shanghai Disneyland will be “both authentically Disney and distinctly Chinese”, Mayor Han Zheng expressed his excitement about the development by saying, “Shanghai Disney Resort will be a role model”.

Planned as a joint venture between Disney and the, Disney’s newest resort is set to open in 2014.

57% stake in the project is owned by the Shanghai Shendi Group which is a conglomerate of Chinese government-owned companies, while 43% stake is held by Disney. This group will also help Disney co-manage the resort once it is operational.

The joint venture company that will manage the resorts will be made up with a 70% stake held by Disney and 30% by the Shanghai Shendi Group.

With an estimated initial investment of 24.5 billion yuan ($3.7 billion), Disney’s Shanghai theme park will be its first in mainland China and the third in Asia.

Robert Iger, chief executive of Walt Disney Co, said in a statement “Our Shanghai resort will be a world-class family vacation destination that combines classic Disney characters and storytelling with the uniqueness and beauty of China”.

The construction of other commercial facilities in the resort – retail, hotels dining etc – requiring another 4.5 billion yuan, this resort aims to attract 7.3 million visitors annually once it opens up. With a number of wealthy cities surrounding the Yangtze Delta region where Shanghai is located, the location for Shanghai Disneyland is being deemed ideal by analysts.

Disney’s dream of launching Shanghai Disneyland as part of its endeavour of expanding its global has been met with a number of roadblocks over the years.

First there was the issue of the super-tightly regulated Chinese media industry not allowing Disney to start up its television channel in the country. Then of course, there’s the low-growth story of Hong Kong Disneyland, which suffered a net loss of $92.4 million in 2010.

According to market sentiment, one of the major reasons for Hong Kong Disneyland not doing so well was that it lacked size, especially given China’s obsession with wanting the “biggest of everything”. Shanghai Disneyland, supposed to be considerably bigger than its Hong Kong counter-part, and with 40% of the total 2010 visitors to the Hong Kong park being from mainland China,  is likely to score a big one-up over the Hong Kong park.

The art pieces for Lamborghini’s NFT have been created by renowned artist Fabian Oefner, who is well-known for harnessing scientific properties and using them to highlight the in
1 hour ago

As part of its campaign to work for racial equity and justice, Apple is also spotlighting Black businesses and curating content by Black voices to showcase innovation and raise awa
2 hours ago