A group of 50 scientists from diverse field worked since 2007 to create paper-slender, printable solar panels as a major aspect of the Victorian Organic Solar Cell Consortium. The unique technology utilizes specially developed “solar-ink” that can be printed onto plastic film using standard printers. They hope to see commercialization for utilization in low-power applications in the future and have listed the many possibilities of their innovation – to power anything from laptop bags and other device covers to skyscrapers.

The key profit of such innovation is in changing the way personal electronics are chargers: “iPad covers, laptop bags, skins of iPhone will no longer be just for casing electronics, but to collect some energy as well and power those electronics,” Fiona Scholes, a senior research scientist at The Commonwealth Scientific and Industrial Research Organization (CSIRO), which is the federal government agency for scientific research in Australia, founded in 1926.

One of the best pros, of this technology is that printers can spit out solar cell in every two seconds. Furthermore, the printable solar panels could be transported to the world’s remotest locations in a much cheaper and simpler way. As indicated by the consortium’s site, the distinction between existing solar panels and the innovation it is creating is that “organic cells offer the potential to allow printing directly onto materials such as roofing and windows, and therefore open intriguing building integrated design opportunities.” 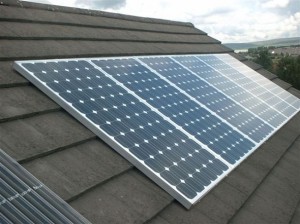 The consortium is comprises of members of CSIRO, Melbourne and Monash universities.

As far as further developments are concerned, they’ve already figured out how to diminish the solar panels to the size of a dime to expand it to A3-sized sheet. They attained this result by using standard 3d printers that can work with solar ink. “It’s very cheap. The way in which it looks and works is quite different to conventional silicon rooftop solar,” Scholes added.

“We print them onto plastic in more or less the same way we print our plastic banknotes,” Scholes also said. “Connecting our solar panels is as simple as connecting a battery.”

“It (the ink) can be made to be semitransparent– we can use it for a tinted window scenario. We would like to improve the efficiency of solar panels. We need to develop solar inks to generate more energy from sunlight,” said Shcoles. “We are confident we can push the technology further in the years to come.

The group of scientists developed processes that use spray coating, reverse gravure and slot-dye coating, as well as screen printing. Using semiconducting inks, the researchers print solar cells straight onto paper-thin, and plastic found in soda and water bottles.

“It could be made to be semitransparent – we can utilize it for a tinted window situation.” The group is presently at the present time creating a shower painted covering.

The only downside of this innovation is that the printable solar cells currently work at only 10% of the efficiency. The team hopes to achieve maximum efficiency of silicon cells by improving solar inks, so that they can be utilized for bigger applications. Currently the lifespan of the printable solar cells is only 6 months, which is another aspect the team is working on – to improve the lifespan and stretch it to at least 10 years.