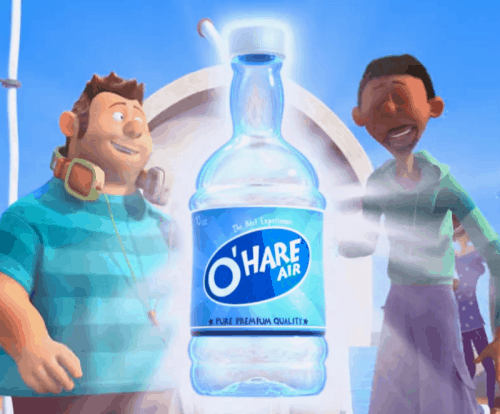 A still from Lorax

Years ago, the term ‘bottled air’ used to be a fictional concept, which was demonstrated in Lorax. In the story, Thneedville’s mayor, Aloysius O’Hare, was shown as a company’s proprietor, who sold bottled oxygen to the city’s residents. This notion, however, is no longer limited up to the book or movie for the matter of fact. In this age of high-end technology evolution, nothing is impossible. Today it’s fresh air packed in a can, tomorrow we may witness real Batman or, Superman, trying to rescue the world from danger.

The ever-growing issue of air pollution across the earth has given birth to a bizarre new form of industry, Air Farming. In this type of farming, fresh bottled air is sold at a premium to consumers. The idea of purchasing crisp, fresh, and country air in a packed can has proven to be widely accepted in heavily-polluted places like Shanghai and Beijing. In fact, individuals are so concerned that they’ve been paying $160 or more for a single can of fresh air.

First the UK, Canada, and now Australia is jumping into the business of what may look like the most ingenious idea of money-making since the introduction of bottled mineral water.

Earlier, Britain’s Leo De Watts jumped on the bandwagon of air farming, selling bottled air collected from Wales, Yorkshire, and Somerset. In an elaborate detail, the air collected from each region is described on the can, which may surprise the league of ‘not-so “air connoisseurs”’. 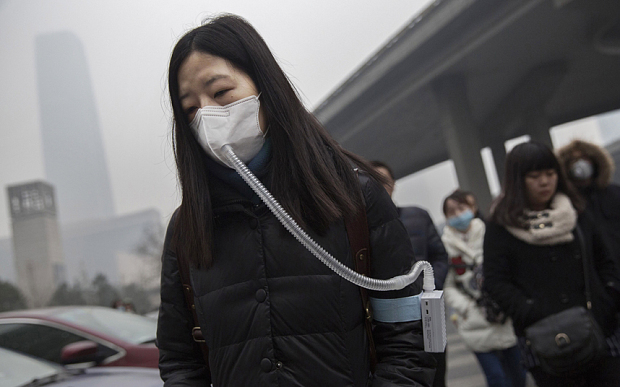 Arriving back to the present, China seems obsessed with a breathtaking appetite for Australian things such as estate, baby formula, and iron ore. Very soon, if two entrepreneurs based in Sydney have their way, the Chinese individuals could soon be getting Australian air supplies.

Now, two entrepreneurs Theo Ruygrok and John Dickinson have set up a new business of air farming, which involves the selling of fresh air packed in cans from Australia to China. The ‘Bottle of Air’ comes in different flavors from various areas in Australia. The locations include the Gold Coast, Tasmania, the Blue Mountains, and Bondi Beach. 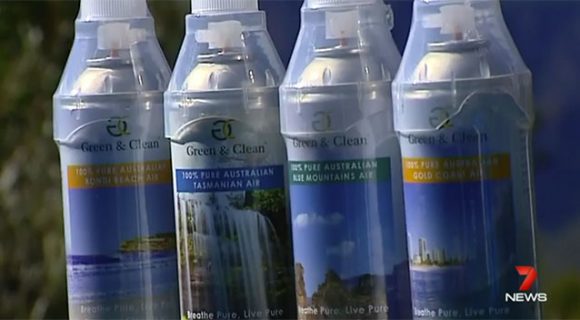 These two entrepreneurs compress the air in a disposable can using air farming technology. Each can of air is claimed to hold 130 deep breaths. All you have to do is simply use the face mask carved out of plastic to breathe fresh, normal air. After packing the air in the cans, the air is sold for no more than AUS $20 each. And the list of air flavors does not end here; you can easily get a can of fresh New Zealand air.

“Using the highest standards in compression and filtration, we fill individual containers directly on location,” the duo quote on their website. “The capturing process is conducted using completely sterile equipment and our quality control is second to none. This way we can ensure you breathe the same clean unspoiled air we took from the location.”

Similar to culture, ethics, soil, and languages, the style of air too varies from location to location. For instance, the beach air would taste of sea breeze while the air in the mountain is the result of Eucalyptus trees.

This weird industry usually targets the heavily polluted areas. The debut of such business in the market also serves as a major threat to us. It’s effortlessly displaying where the global warming is leading us and what our possible future is going to look like if we do not show some serious concern towards the pollution check.