Amidst the arrest of its CEO, Audi AG has delayed the plan to launch its autonomous electric SUV, e-tron Quattro. Nevertheless, the automaker is disclosing the details of its first electric car in parts. Yesterday it revealed the proper look of e-tron’s interiors in an exclusive event held in the Royal Danish Playhouse in Copenhagen.

Wrapped in e-tron camouflage, Audi has taken up the level of car-digitization, particularly in the era of Tesla Model S and Jaguar I-Pace. The driver area in the e-tron Quattro is all surrounded by digital display screens and virtual exterior mirrors.

Yes, the virtual exterior mirrors that must be embedded in almost all car prototypes till date, the German automaker demonstrated its practical functionality on the electric SUV during the event. Audi is planning to bring the virtual side mirrors to mainstream and mass-produce them with the production version of e-tron Quattro. 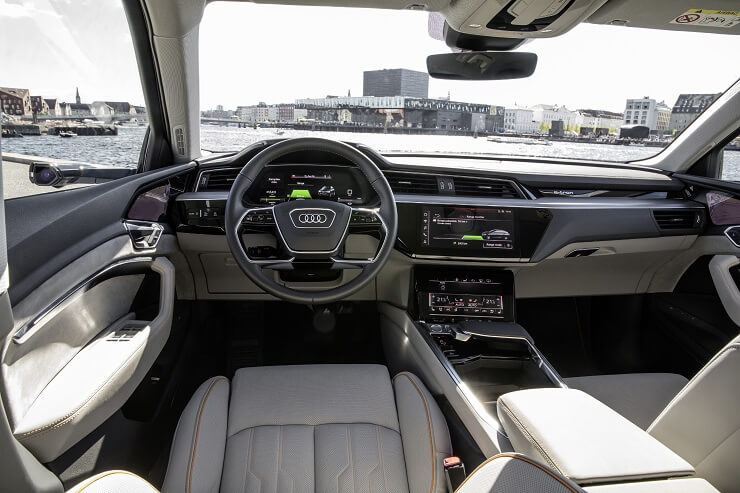 The interior of the Audi e-tron prototype – Driver view

Audi’s first electric car is a perfect example of blending the design, utility and technology at the core of electrification. All are executed keeping in mind people’s safety and comfort in the long range driving.

The integrated virtual exterior mirrors carry a small camera whose image is digitally processed and displayed on a 7-inch OLED screen installed at the edge of the digital dashboard and above the door handles. Since everything is mounted on electronic functionality in e-tron Quattro, the driver can customize the settings of virtual exterior mirrors depending upon the situation.

Elaborating on this, the person sitting on the wheels can choose from three viewpoints, namely for highway driving, for turning and for parking the electric car in the center stack called MMI system. The captured image can be moved, and zoomed in and out for better clarity of the background topography. Apart from this, the e-tron logo in the instrument panel is backlit. 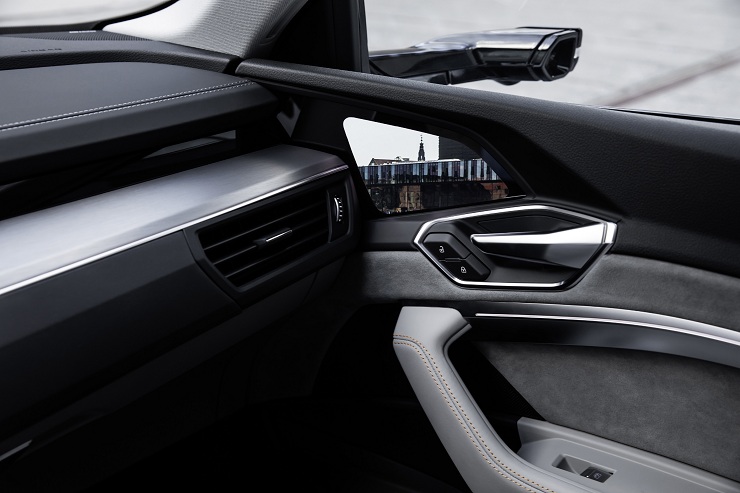 The interior of the Audi e-tron prototype – Virtual exterior mirror

No Compromise on Spaciousness

Built on a long wheelbase of 2,928 millimeters (9.6 ft), the e-tron prototype has generous space for five passengers and their luggage. Moreover, thanks to the elimination of center tunnel console at the rear side that adds to Audi’s e-tron Quattro interior space. The hand-rest now rests on open side walls and appears to float above the console at the back of the electric car.

The top-class electric SUV produced by Audi reproduces an immersive music experience with the 3D sound of the Bang &Olufsen Premium Sound System. The system is powered by an amplifier of 705 watts of power and 16 loudspeakers tucked inside the car. 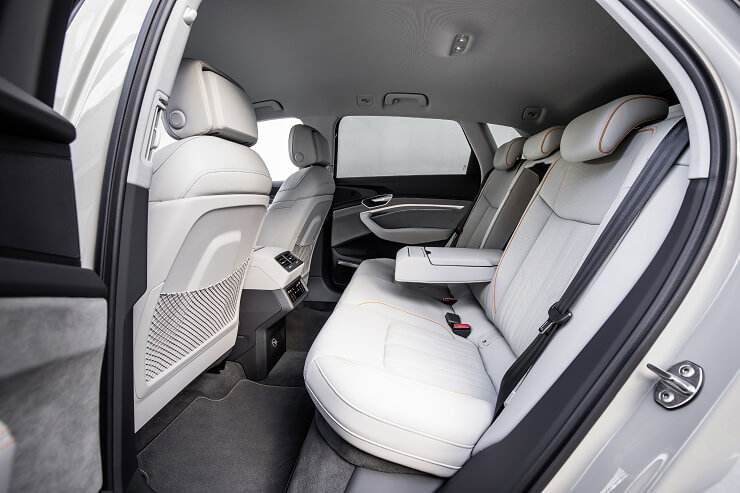 The interior of the Audi e-tron prototype – Backseat

Time and again, Audi has mentioned the exceptional aerodynamic design of e-tron Quattro and its special soundproofing in all sides that could cause noise interference. This aids occupants to communicate comfortably even at the top speed of 52.8 mph.

In the process of establishing e-tron Quattro as a premium all-electric SUV, the German automaker has carefully selected upholstery materials, colors and inlays. At one side, the finest Valcona leather and dark brushed aluminum sports a sophisticated appearance, while the contrast stitching lines on the seats form a motif resembling electric circuit boards. The customizable contour/ambient lighting hub illuminates the interiors subtly and maps out the interior’s basic lines accurately. 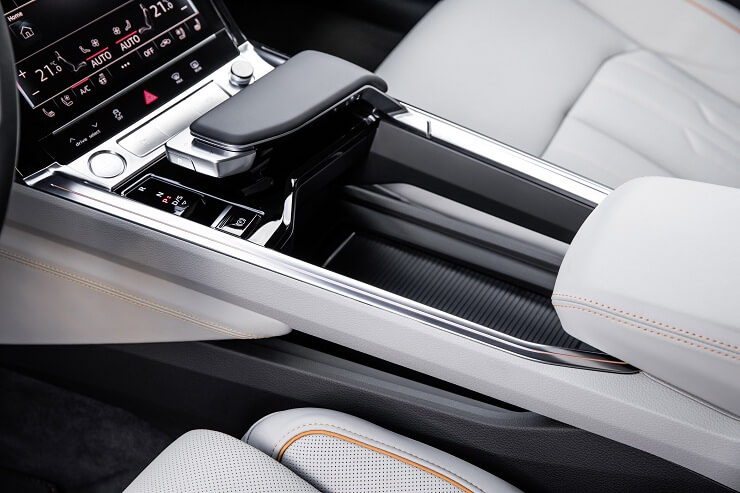 The interior of the Audi e-tron prototype – Console