Audi will reveal its new flagship couple SUV today but the Q8 images have leaked out earlier. The Audi Q8 pictures which were later removed from the Portuguese website where it was leaked have already been picked up by many online car blogs. The 2019 Audi Q8 will be on display today at the Audi Brand Summit, in Shenzhen, China, where full details on the car would be released including the Audi Q8 price.

The leaked Audi Q8 pictures aimed to bring a teaser of the car’s details also showed the SUV’s official design sketches. There is no doubt about how aggressive the new model looks compared to the Q7 where it’s seating on. Though the front grille looks very familiar, it is a little shallower and wider than that of its predecessor and the headlamps are thinner. The LED lighting is a lot similar to the automaker’s new supercar but has the same startup animation depicted in the A8 saloon’s teaser. 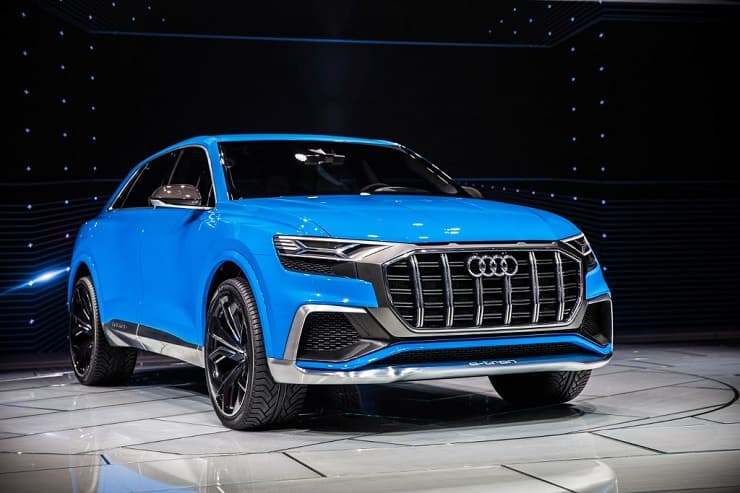 The 2019 Audi Q8 will be on display today at the Audi Brand Summit, in Shenzhen, China. Source: Audi

Digital touchscreens on the dashboard and center console

Unlike the Q7, the Audi Q8 interior is not offering seating arrangement for seven. The cabin is spacious as the entire profile is not really different from Porsche’s Cayenne E-Hybrid and Mercedes Benz Maybach unveiled earlier this year. The 2019 Audi Q8 is not coming with the jaunty roofline, a prominent rear spoiler and full-width LED light bar. It will be built at the company’s Bratislava plant in Slovakia where the predecessor is being manufactured. And will be about 40mm closer to the ground riding on its 23-inch alloy wheel design featuring carbon-ceramic brakes.

The Audi Q8 interior features a 12.3-inch Virtual Cockpit display with a higher resolution and a four-seat layout resulting from the oblique roofline and the pointed rear. But before first deliveries expected to be in 2018, an extra seat will be included at the rear in the production. The car has a 630-liter boot. An e-Tron plug-in hybrid powertrain is included in the Q8; a 3-liter TFSI engine combined with an electric motor driven by 17.9kWh lithium-ion battery pack. This gives a total output power of 483bhp and a torque of 700Nm. That’s approximately 100bhp less than Rolls Royce’s Cullinan SUV powered by 6.75L twin-turbocharged V12 engine. 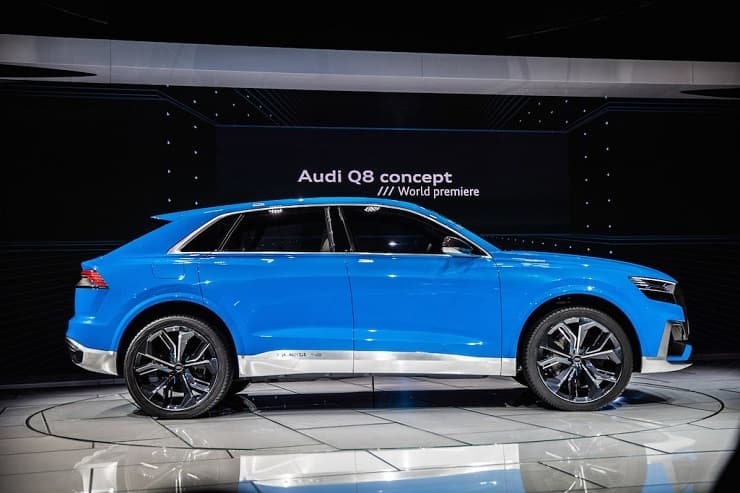 According to Audi, the 2019 Audi Q8 can achieve 62 mph within 5.4 seconds and the car’s top speed is 155 mph, while it emits 53g/kg worth of CO2. An 8-speed automatic gearbox delivers power to the entire wheels of the SUV. And the petrol-electric powertrain model may be made available in the production. Q8 can travel up to 37 miles running electric power alone which takes just two and a half (2 ½) hours to charge fully.

Customers desiring extra performance of the Quattro four-wheel drive SUV will have to upgrade to an Audi SQ8, which would feature the same 4.0-liter twin-turbo V8 diesel engine found in SQ7. That should give a power of 429bhp without the electric motor.

Thomas Zurbuchen revealed that seeing the deepest image of the universe for the first time will be akin to witnessing nature “giving up secrets that have been there for many, man
14 hours ago

The SEC said that EY had earlier been intimated about the potential of staff cheating on accountant exams by an employee. Furthermore, even after an internal EY investigation confi
18 hours ago