Volkswagen AG’s premium auto brand Audi announced on Tuesday it would invest $16 billion through 2023 in autonomous driving, digitalization, and electric cars. The company’s projected expenditure for the next five years amounts to $45 billion, the company said in a statement.

Audi has also announced comprehensive restructuring measures that will generate $1 billion in earnings increase in 2018.

Audi’s interim management board chairman Bram Schot says the company is taking a very systematic approach to electric mobility and will be much more focused in future.

Audi’s investment in electric vehicles goes in line with the company’s previously stated plans to go all-electric. In 2015, then Audi of America president Scott Keogh said by 2025 at least one-quarter of all Audi cars sold in the U.S. will be electric.

In September, the company unveiled its first all-electric SUV called the E-Tron. The all-electric vehicle goes 0-60 mph in 3.5 seconds and has a 250 mile range. It is said to have among the fastest charging capability of any car on the market. 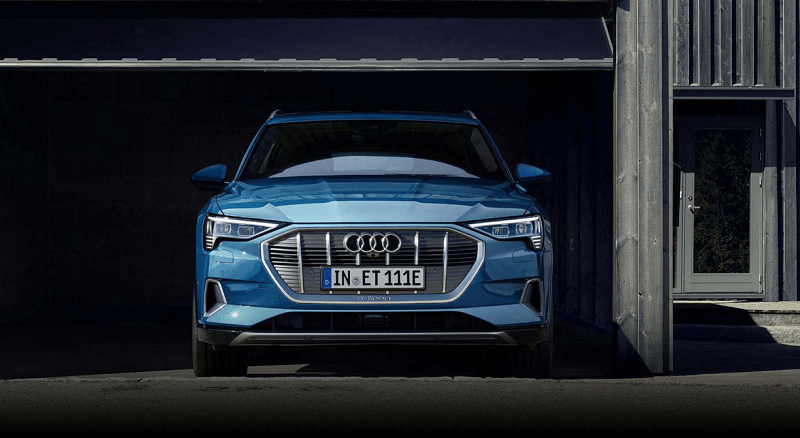 The included home charging capsule can fully charge the Audi e-tron battery in about 9 hours from a 240 volt/50 amp outlet with a NEMA 14-50 plug.

At its annual meeting in May, the German automaker announced an ambitious plan to offer 20 new electrified cars, including hybrids, by 2025. In addition, it has announced plans to sell 800,000 electrified cars by 2025.

The automaker is also investing in digital services such as “on-demand” functions. It will work like Tesla’s updates and allow car owners to pay for and download apps that will enable infotainment features even after the car has been delivered.

This system is said to be compatible with other vehicles from the VW Group.

Porsche, Audi’s sibling in the VW family, is all set to unveil its first all-electric sports car – Taycan. Audi and Porsche are collaborating on numerous platforms that will allow both the automakers to electrify their car line up by 2025.

Anna Domanska
Anna Domanska is an Industry Leaders Magazine author possessing wide-range of knowledge for Business News. She is an avid reader and writer of Business and CEO Magazines and a rigorous follower of Business Leaders.
« Go-Jek wages war in Southeast Asia with a launch in Grab’s home
Google Makes Strategic Investment in Japanese AI and Machine Learning Startup ABEJA »
Leave a Comment
Close