With the demand for autonomous vehicles on the rise, it is evident that people trust automated driving more than manual driving. This is in relation to various facts about the autonomous driving being way safer than humans doing it. Such conclusions have been derived from a number of tests carried out. Initially, the automated driving technology was available in small vehicles as they are easier to function. After achieving a considerable amount of success in automated technology, here comes a luxury car with the latest automated technology. The Audi A8 is one of its kind which combines hi-end luxury with updated technology.

That flashy car seen in the latest superhero flick, Spiderman: Homecoming is full of artificial intelligence for cars. The Audi A8 is much more than a pretty car; it has level 3 autonomy with a brand new infotainment system. The active electronic suspension along with a mild hybrid engine assures to shape the future of this German automaker. Audi has decided to install this updated technology in its largest sedan in the luxury car market. A flagship model for Audi, the A8 sets a particular style which the next lineup of models usually follows. 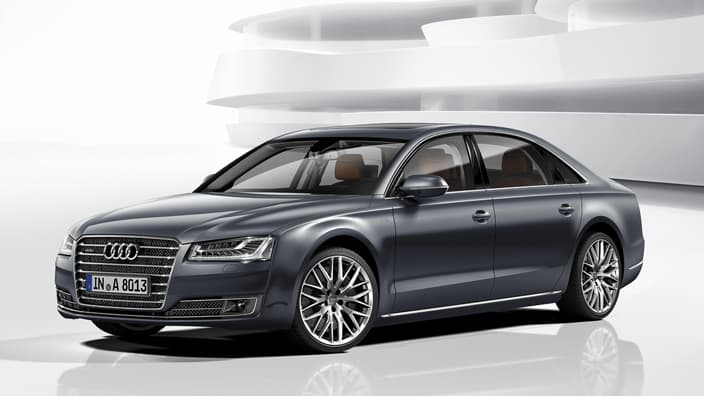 The latest Audi A8 is an automated version of the previous models.

The features of the luxurious autonomous car mentioned above are just a handful in comparison to its elaborate features. The range of mild hybrid powertrains is accompanied with a 48-volt electrical system. In order to make the drive more convenient for the customer, the Audi A8 has a lavish lounge inspired interior, standard Quattro all-wheel drive, and also automated driving systems. For a smoother commute on the road, the automaker will offer two wheelbase lengths. This length is 5.1-inch wide. Claims state that this model is the first luxury car in the world to contain such highly automated driving.

The car will have the Audi AI traffic jam pilot to take control of the tasks right from the ignition, accelerating, braking, as well as steering. This feature gives the driver the freedom to make the most of his time on the go. Through the artificial intelligence system, the car will take note of the driver’s preferences, habits, and regular routes. On the basis of this data, the system will make recommendations. The Audi A8 will also have an inbuilt app to control the car from a distance as well. The price or release date of this car is not out yet but it will only come out in 2019.