The latest among a series of transformational deals for Morgan Stanley‘s telecom bankers, the AT&T / T-Mobile deal will mean a whooping $145 million fee for the advisors.

The deal came through after a formidable 15-member team, led by Adam Shepard, head of North American Telecom for Morgan Stanley, Jim Murray, head of Wireless Banking and Bob Eatroff, technology veteran, spent an entire year guiding Deutsche Telekom AG through a series of options for their T-Mobile USA unit, the other options under consideration being an IPO and a deal with Sprint.

Biggest M&A Deal for the Year

AT&T’s takeover of T-Mobile deal for $39billion figures as the largest pure M&A transaction this year, second only to the $49billion worth of preferred shares conversion into common stock by the U.S. Treasury while restructuring took place for American International Group Inc.

As lead Deutsche Telekom advisers, Morgan Stanley were able to talk AT&T into not only paying a hefty price for T-Mobile USA, whose profits have declined, but also accepting an unusually large break-up fee.

AT&T agreed to pay $3 billion and to give T-Mobile USA wireless airwaves if regulators reject the deal.

Goldman Sachs, which was advising Sprint, missed out on the year’s largest M&A deal, and while it retains its no. 4 spot in the worldwide league tables, it did miss out on some very meaty advisory fees.

Market estimates show that with advisor fees being inversely proportional to the size of the deal involved, fees in a deal of this magnitude would be approximately 0.15% to 0.17% of the deal’s value for M&A advisers on the side that is buying, while being slightly lower at 0.14% to 0.16% for advisors on the selling-side. 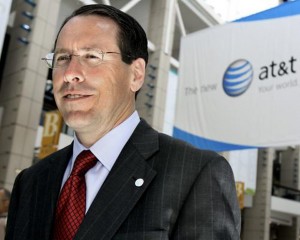 So what exactly does the AT&T – T-Mobile deal mean in terms of numbers for advisors on both sides ?

Estimates by Freeman & Co, a consultancy firm value total fees paid to AT&T’s advising banks, JPMorgan and two boutique firms, Greenhill and Evercore, at around $55 million to $65 million, to be split between the three.

Further, Freeman said that JPMorgan will also receive upfront arrangement fees in the range of $20 million for underwriting a $20 billion bridge loan to AT&T.

Along with these hefty paychecks, being in on this mega-deal has also meant jumps in share values and higher ranks in the worldwide league tables for the involved banks.

Shares of boutique investment firms Evercore Partners Inc and Greenhill, which advised AT&T on the deal, jumped on Monday in anticipation of the lump sum fees.

While the deal reinforces Morgan Stanley’s lead position, JPMorgan Chase & Co – involved on AT&T’s side – jumped up from no. 3 to no. 2, trading places with Bank of America Corp for the better.

Further, while Credit Suisse and Deutsche Bank rose in the tables to No. 5 and No. 8 respectively, the sharpest rise was for Greenhill & Co, which was previously not even in the top 25, and after this deal figures at No. 13. Evercore Partners rose three places to No. 7.