Athenahealth is a software and services company that offers medical record, revenue cycle, and patient engagement across the US.

Athenahealth Inc., a healthcare technology firm, is on the verge of being acquired by private-equity firm Bain Capital and Hellman & Friedman LLC for about $17 billion including debt, reports the Wall Street Journal.

It was reported earlier that private-equity firm Veritas Capital and hedge fund Elliott Investment are looking to fashion a sale or an IPO for the healthcare firm. Veritas and Elliot had taken Athenahealth private four years ago after a sustained activist campaign following allegations of domestic abuse against former chief executive Jonathan Bush. Bush is related to two former US presidents, and Athenahealth said at the time that Mr. Bush had apologized and “made amends” with his ex-wife.

Elliott Investment and Veritas invested $5.7 billion in the deal, after which the company was merged with a healthcare unit that Vertias had acquired from General Electric and renamed it Virence Health. 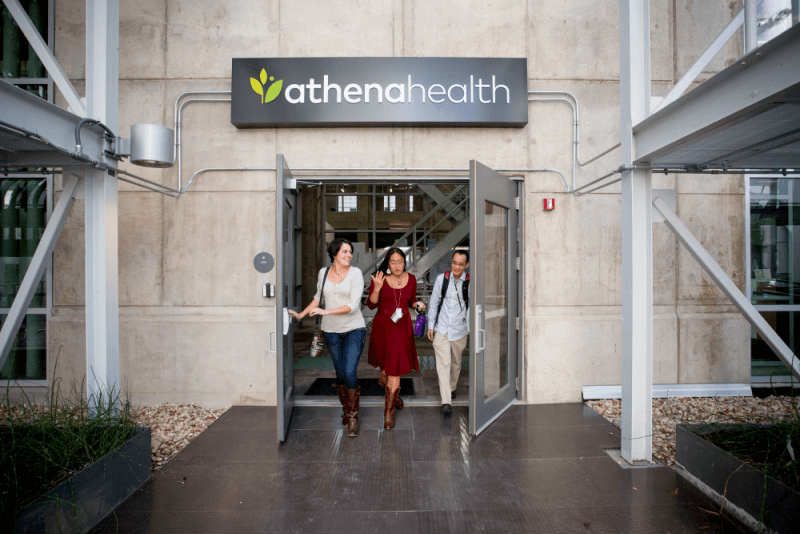 If the deal goes through, it would be an addition to the number of healthcare buyouts that have happened this year. Notable transactions include the expected merger of health data company Datavant and health IT firm Ciox Health for an estimated $7 billion, along with Accolade’s acquisition of PlushCare, a virtual primary care and mental health treatment company, for $400 million. Also, UnitedHealth Group plans to purchase Change Healthcare for about $13 billion.

Another phenomenon noticed is the partnering of private equity firms to buy businesses worth $10 billion or more. In June, H&F teamed up with its rivals Blackstone and Carlyle to acquire the family-owned medical products supplier Medline for $34 billion. Other major deals include Nordic Capital and Insight Partners’ $6.4 billion purchase of Inovalon Holdings Inc.

Veritas and Elliott have made a sustained effort to turn around the finances of Athenahealth in part by loading the once conservatively financed company with debt.

Athenahealth has saved $180 million in cost reductions, according to Moody’s and has managed to pay off some of the debt that the enlarged company had taken on.

None of the players supposedly involved in the deal have yet commented.

Athenahealth is a software and services company that offers medical record, revenue cycle, patient engagement, and care coordination services for ambulatory and hospital clients across the US. The healthcare company’s app store—Athenahealth Marketplace is one of the largest and customers can find innovative healthcare IT solutions customized to their needs. The app offers more than 250 solutions across 60 categories that are seamlessly integrated with Athenahealth’s network-enabled platform through which the company offers medical records, revenue cycle, patient engagement, and care coordination service offerings.

Athenahealth has earned nine exciting “employer of choice” recognitions in early 2021: It was ranked #104 out of 500 on this year’s Forbes’ “Best Mid-Sized Employer” list; it also won a place from among 1,100 participants as one of Energage’s 2021 U.S. Top Workplaces! It also won two “Best Places to Work” awards from Built In. For the second year in a row, they placed on Built In’s Best Places to Work in Austin and Best Large Companies to Work for lists.