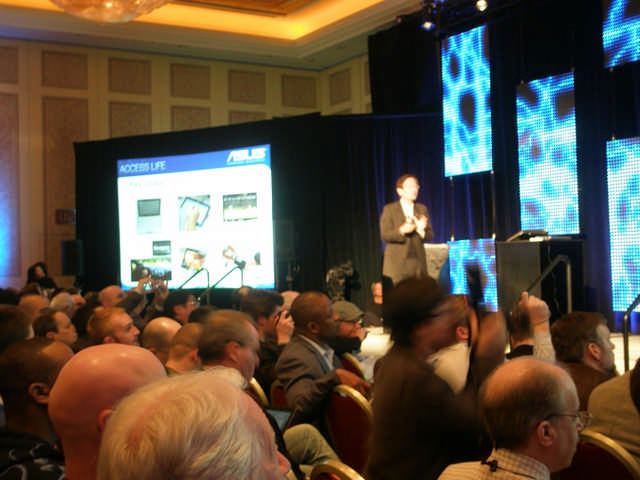 “ROG continues to totally dominate the gaming industry with the fastest and most powerful innovations. This comprehensive ROG lineup provides gamers with the ultimate entertainment experiences and enables them to achieve unrivalled over clocking performance,” said the Chairman of Asus, Mr. Jonney Shih.

Nick Parker, Vice President of OEM Division of Microsoft Corporation accompanied Mr. Shih to celebrate the strong collaboration with ASUS for ROG gaming devices and the Windows 10 launch on stage. “We are excited by the innovation that ASUS is delivering to enable new gaming experiences for consumers,” Mr. Parker stated. “The ASUS ROG G752 is built from the ground up to take advantage of new PC and online gaming enabled by Windows 10.”

ROG GX700 this will add water-cooling system to a gaming laptop and is built to deliver a super-fast and stable performance.

ROG Maximus VIII Extreme/Assembly sporting the latest color scheme of ROG Plasma Copper, it is a Z170 motherboard. It includes the headphone amplifier ROG SupremeFX Hi-Fi for high-fidelity and superior audio and an Ethernet card with a networking speed of 10 GB/s.

The 9.5-liter ROG G20 is a powerful mini gaming desktop with a hostile design and customizable LED lighting effects with 8-million-color. It is Special Edition.

ROG G752 is an adept cooling and dust-release system. It comes with backlit 30-key rollover.

ROG 7.1 it is a surround system gaming headset with a USB soundcard, which delivers high-quality and powerful surround sound. It also consists of 10 audio drivers.