AstraZeneca snaps up Alexion to expand in immunology.

AstraZeneca has struck a deal to buy US rare disease specialist Alexion in a $39 billion cash-and-stock agreement.

The Anglo-Swedish company has undergone quite a transformation in its fortunes after the successful announcement of its coronavirus vaccine with Oxford University. Just six years ago it was on the brink of being swallowed up by Pfizer. The company’s chief executive officer Pascal Soriot worked hard to revitalize his company’s research and development operation, but it failed to make any big strides in new drugs till its foray into cancer drugs and its recent vaccine success.

The revival of AstraZeneca’s fortunes began with the release of cancer drugs two years ago. Its shares have risen about 12 percent in the past year.

Soriot has spent a large part of the last few months finding a partner to bolster AstraZeneca’s pipeline of drugs in the new arena of rare diseases. “[Pascal] was very systematic at looking at many things, very determined, and went through the full corporate finance exercise,” said one person who followed the situation closely. “The reality is that many times people do deals when they have to do them, but this deal was done to leverage the buyer’s strength.”

Alexion’s specialty is in autoimmune disease and it has a pipeline of 11 molecules that hinder these diseases. Soriot, speaking about the advantages of the tie-up, said that it would allow AstraZeneca to apply its signature capabilities in areas such as genomics to rare disease targets, and also take Alexion’s portfolio global. “This is an acquisition that will create substantial accretion of [earnings per share], increase of our core operating margin and increase in our cash flow,” he said.

Alexion forecast 2020 revenues of around $5.9 billion, up from $5 billion for the previous year when it reported net income of $2.4 billion. The company has less than $1 billion in net debt. 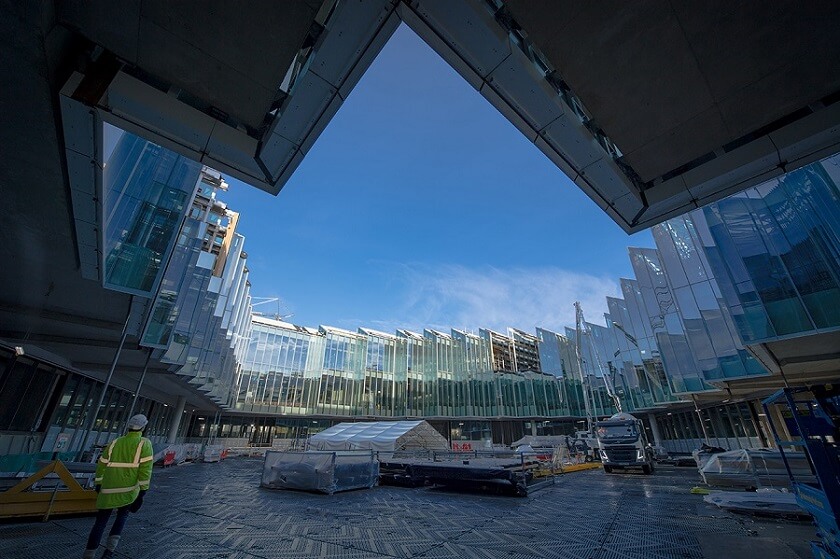 Under the deal, Alexion shareholders will receive roughly $175 per share, $60 of which would be cash and the rest in shares. Negotiations took a long time as Alexion sought to drive the offer price higher.

Earlier in May, activist hedge fund Elliott demanded the company sell itself. Though it is to be seen if the firm is satisfied with the 45 percent premium AstraZeneca has paid, given the fast-rising market for pharma stocks during the pandemic.

Analysts at SVB Leerink believe that the price may need to be closer to $200 to satisfy investors.

Alexion’s chief executive Ludwig Hantson will be a clear winner if the deal goes through. He stands to make $56 million from a golden handshake clause if he leaves following the deal’s completion, according to FT. This will be a second windfall for Hanston through the sale of a pharma company to a rival. In 2016, he cashed in on a deal where Shire was sold to US drug company Baxalta for $32 billion.

Generally, autoimmune disease medicines come with a high price tag and have a limited market. Alexion’s flagship immune-disease drug Soliris sells for about $600,000 a year. This is in stark contrast to the $3-$4 cost of AstraZeneca’s Covid vaccine, which is priced for maximum reach.

Ellen ‘t Hoen, director of research group Medicines, Law and Policy, says that Alexion is  “an ‘orphan drug’ company that uses the orphan market exclusively to extract as much money as possible out of the healthcare system. It is part of the personalized medicine trend, and it may signal that AstraZeneca is jumping on that bandwagon.” Adding: “That would be the exact opposite of making low-cost vaccines for the masses.”

Alexion said to The Financial Times that “developing transformative new medicines is difficult, costly and time-consuming. The pricing of our medicines reflects these challenges as well as their life-changing benefits to patients and society.”

In 2016, the company faced some turbulence regarding the sale of its priced drug Soliris. Its chief executive and chief financial officer left the company under a cloud.

Marc Dunoyer, AstraZeneca’s chief financial officer told reporters on Saturday that Soliris’s “second-generation” successor Ultomiris was about 30 per cent cheaper. Soriot said, “Our intent will always be to make sure our prices remain reasonable considering the size of the population that needs to be treated but it is definitely something we have to manage.”

Also, the presidential change in the US will work in AstraZeneca’s favor. The focus now will be on bringing down the prices of commonly used drugs such as those for diabetes rather than for rare diseases.