Aston Martin V12 Vantage Has Been Revealed, and It Has 690 HP under the Hood

The iconic British sport car company unveiled the final Vantage V12 edition. And, as the automaker has hinted at for months, V12 is the most powerful vehicle built yet.

As the electric vehicles usher in the new era in car manufacture, bulky and powerful engines like the V12 have their days numbered. While this is a welcome change in almost all aspects, one can’t help but feel a bit sad to see these behemoths go.

Aston Martin has been one of the last companies that kept the V12 alive. But sadly, the company is bidding the V12 farewell in 2022. The latest Aston Martin with a V12 engine will be the 2023 V12 Vantage. The company announced that only 333 units of the V12 Vantage would be produced, and all are already sold out. 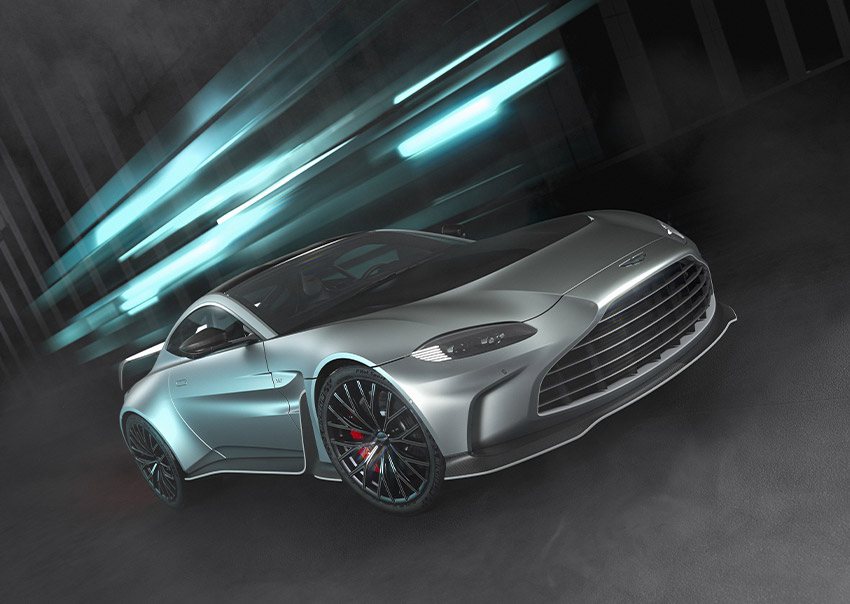 The Vantage V12 is the last one of its kind, but the company has pulled out all the stops for this final iteration of this timeless classic.

According to the company, the redesigned aerodynamic shape coupled with the powerful V12 engine pushes the limits of speed and performance. The Vantage can go from 0-60 mph in 3.4 seconds and has a top speed of 200 mph. 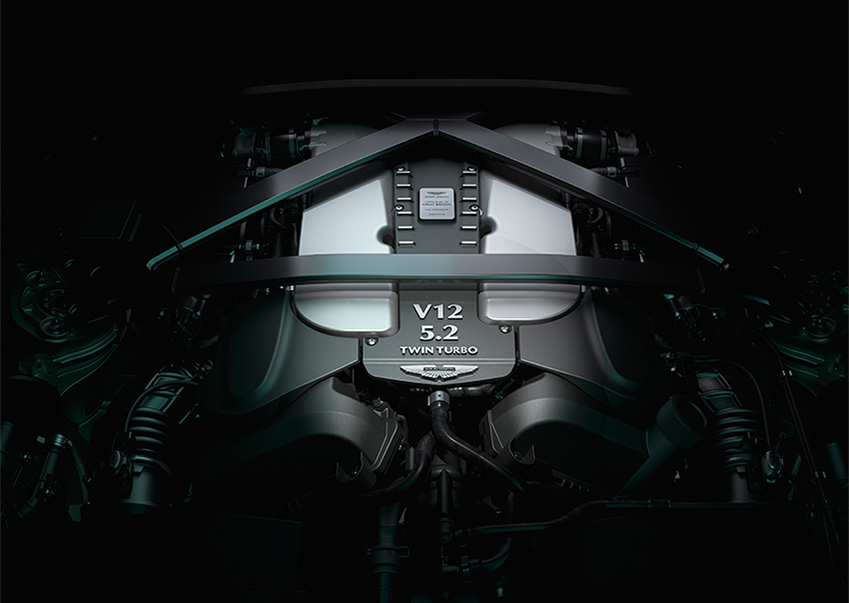 Unfortunately, the company is sticking to (no pun intended!) an eight-speed auto transmission, which is a bit of a letdown. However, Aston Martin insists that the gearbox has been optimized and recalibrated to be a bit punchy.

The Vantage also gets an external makeover with a more aerodynamic and wider body, a vented hood, and amassing tail wing. Although the look is a bit aggressive, it doesn’t seem a misfit given what’s under the hood. It is a powerful car that makes a statement in how it looks and drives alike.

Another interesting thing about the Aston Martin V12 Vantage is that most body parts are made from carbon fiber, which does a lot to keep the vehicle’s overall weight down. Aston Martin also redesigned the exhaust, and it is almost 16 pounds lighter than the V12’s predecessor, the V8 Vantage.

The interior of the car doesn’t seem to have gotten an update yet. Although there is a possibility that Aston is working on an updated interior for the V12, for now, it remains the same as the last generation V8 Vantage with Mercedes infotainment features.

The company has put a lot of effort and resources into improving the V12 Vantage’s handling compared to the V8 Vantage. Many reinforcements have gone to ensure the car’s stability, including added braces for the fuel tank, among other things. 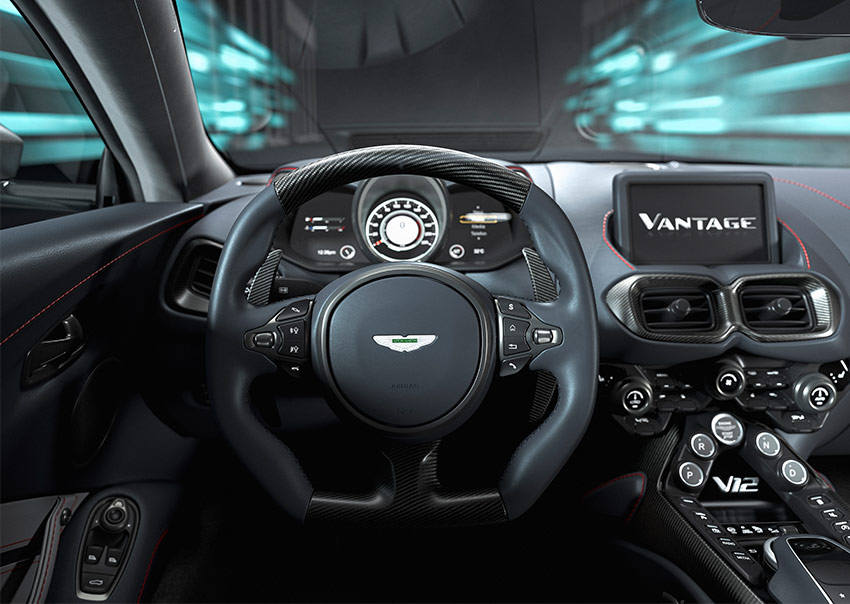 The Aston Martin V12 Vantage has stiffer springs in the suspensions which should also help in the better handling of the car. According to the company, the spring rates have been increased by 50% and 40% in the front and rear, respectively. The carbon-ceramic breaks are also a welcome addition as they shave nearly 52 pounds from the vehicle’s overall weight. The breaks should, in theory, resist break fades in high-speed stops.

If you want to stand out with this beast of a car, Aston also offers full-color customization. You can customize nearly everything from the color to the tint of the carbon fiber texture.

Aston Martin V12 Vantage is one of the last big engine cars that the company aims to manufacture. With only 333 units planned and all of them already booked, it will be a collector’s edition without a doubt. Although the price of V12 Vantage is yet to be announced, it should be safe to expect it to cost near the $200,000 mark. Aston Martin is scheduled to start delivering the car in the second quarter of 2022.

Anna Domanska
Anna Domanska is an Industry Leaders Magazine author possessing wide-range of knowledge for Business News. She is an avid reader and writer of Business and CEO Magazines and a rigorous follower of Business Leaders.
« Netflix Games Is on a Buying Binge, Snags Boss Fight
A Look at the Fastest Electric Cars in the World »
Leave a Comment
Close