ASOS shows a huge rise in its first quarter sales 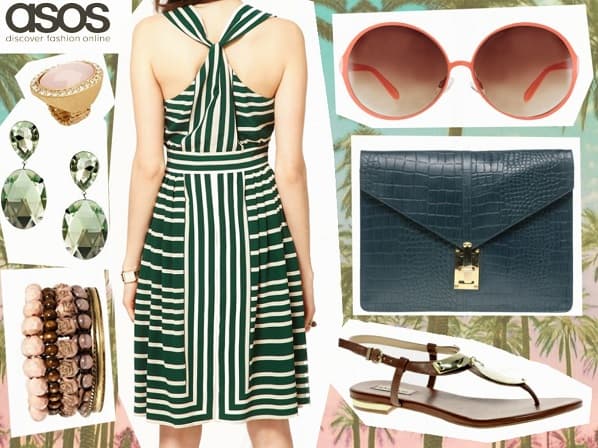 ASOS posted their quarterly performance reports according to which, the retail sales in their first quarter have risen by 31%. The reason behind this seems to be a strong performance enhancement in some of the major parts of the world like Australia, United States and a still improving performance in the UK.

The reports released on Tuesday reveal the retail sales of ASOS, that targets mainly the young women who look to imitate the designer outfits of the celebrities rose to about 137 million pounds in a span of three months till June 30. The chief executive Nick Robertson says that their sales in UK have particularly been very encouraging taking into account the present climate of the country. Sales of ASOS in UK have risen by almost 8%. The spending by the UK customers has been hurt by a number of factors like the lackluster growth in the wages, the government austerity measures and rising unemployment of the people in there. But the overall picture of the retail sales grew brighter in the month of June as the Jubilee holiday of the Queen helped in the boosting of the British retail sales.

Retail sales in the worldwide market:

The reports released by ASOS also show that even business outside their home market has grown strongly. The total international retail sales of the group that now stands at 65% is a lot higher as compared to the last year that accounted for 57%. Retail sales in the US soared to 83% while the sales in the European Union rose by 27%. The sales in the remaining parts of the world mainly in Australia rose up to 61% in the first quarter of the year. Nick Robertson in his statement also stated that they are being positive in their approach and will continue their trade in line with higher and better expectations.

The market value of ASOS:

ASOS is the second largest retailer for online clothing in the country of Britain and its  shares soared by as much as 4.7% (110 pence) in London thereby giving the company a market value of 1.8 billion pounds. The price of shares of the company has seen a rise of as high as 50% this very year. According to some analysts of the Bank of America Merrill Lynch, who were led by Aurelie Caspar, ASOS has got some advantages due to its structure and hence its long term international potential remains untouched. This team based in London has a “buy” rating on the stock. The target age of the company is mainly aimed between the ages 16-34 and has more than 50,000 branded and own label products. Last year it had added websites in the countries of France, Germany and the US. Robertson has confirmed the fact that ASOS has made plans for adding more websites in other European countries like Italy and Spain. The Asian country of Japan is also in the radar of the company to spread its sales. He also reiterated the fact that the company aims at achieving a target of 1 billion pounds in their annual sales by the year 2015.