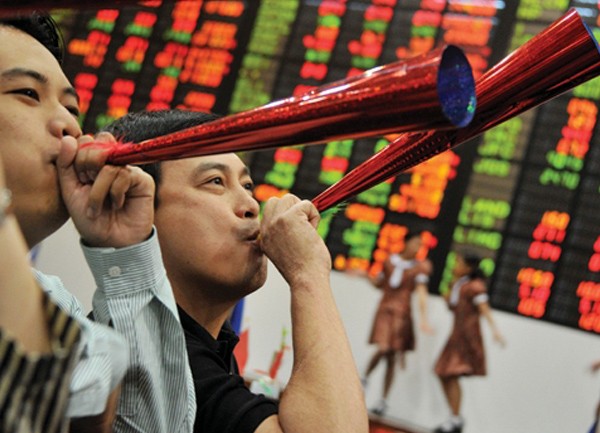 Asian stocks climbed up for a second day  as Australian building permits beat estimates and U.S. consumer credit supplementing to signs the global economy is weathering Europe’s debt crisis. The South Korean won saw the highest rise in three weeks pointing out that Eurozone leaders are working hard to tackle the debt crisis.

But it does not do good to the investors. This week concerns over funding of euro zone sovereigns take a lead on key auctions and on the eurozone debt crisis trickling over into the broader financial system kept investors cautious about taking riskier positions.

Banking Groups of Australia & New Zealand were on a lead as the nation’s lenders. Industry leaders declared that the Japanese automaker giant, Honda Motor Co. usually gets about 44 percent of sales from North America, saw an increase 1.5 percent in Tokyo. The camera maker, Olympus Corp. surged 21 percent with suing current and former executives over their roles in a $1.7 billion cover-up of losses.

The operator of the Fukushima nuclear plant, Tokyo Electric Power, saw ups and downs in heavy trade but finished the morning session up 1.7 percent. Business news reported that the utility’s main lenders would begin talks this week to decide on conditions to lend an additional 1 trillion yen (which is $13 billion) at the government’s request.

Prospects on the Standard & Poor’s 500 Index rose 0.2 percent. Investors awaited the start of the quarterly earnings season as the estimate gained 0.2 percent in New York just in a night  and Angela Merkel, the German Chancellor, and Nicolas Sarkozy, the French President, said they may finish budgetary rules for Europe as soon as by this month.

Andrew Pease, Sydney-based senior investment strategist for the Asia-Pacific region at Russell Investment Group said, “There’s a sense of optimism that the U.S. economy has turned the corner. While discussions of a new budget rulebook in Europe will help sentiment, we won’t know how the eurozone debt crisis plays out until we see the results of upcoming auctions. Europe’s bond yields are still high.”

According to several surveys taken by a business magazine, economists estimate that, economic data showed slow down in China’s export growth for a fourth month to 13.4 percent in December.  Angela Merkel said yesterday that Greece would be the focus of talks with International Monetary Fund Managing Director Christine Lagarde in Berlin.

Australian lenders gained as the number of government permits granted to build or renovate homes gained 8.4 percent in November from October. This is seen as a sign of stronger demand for houses after the central bank lowered interest rates.

Exporters progressed as consumer borrowing in the U.S. rushed by the most in 10 years, signifying households are optimistic enough to take on debt and banks are willing to lend again.