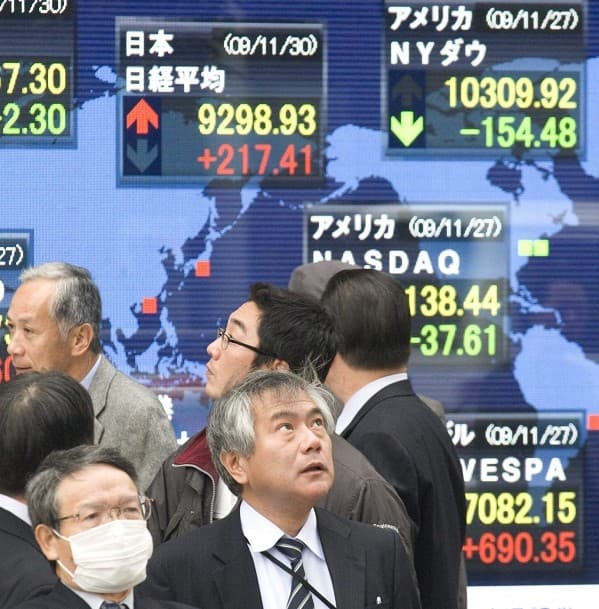 Asian markets rallied on Friday due to reassurance made by European Central Bank President Mario Draghi that “the ECB is willing to do whatever it takes to preserve the euro,” whilst Samsung Electronics noted record profit.

After comment made by ECB President Mario Draghi on Thursday that bank would do everything in its power to protect the euro zone from the potential collapse, markets rose sharply. Mario Draghi’s words are understood as rumblings of overrunning borrowing costs in countries like Spain.  Truly, Mr. Draghi strongly tried to persuade that the ECB will undertake massive purchases in the euro zone bond markets if the situation deteriorates.

To some analysts those words mean that ECB is going to revive the Securities Markets Programme which has not been used for months. According to Shane Oliver, head of investment strategy and chief economist at AMP Capital, Mario Draghi’s words should be viewed as a step in the right direction. Mr. Oliver said: “It has always been within the power of the ECB to bring an end to financial panic sweeping Europe.”

However as Yuji Saito, director of foreign exchange at Credit Agricole Bank in Tokyo remarked: “Expectations have heightened after Draghi’s remarks for the ECB to do something next week, along with an expected rate cut.” He also added: “The euro, for now, is spared from being tested lower, with the U.S. also coming under pressure to do something to support its growth.”

In the next week there will be held EBC’s policy meeting and all analysts are interested if the bank is ready to deliver, what it did promise. Also everyone will be paying much attention to the U.S. Federal Reserve’s steps, whether it will undertake more monetary stimulus or not.

Asian stocks increased for a second day in row, with the regional benchmark index headed for the biggest gain in four weeks, after Mario Draghi made a comment on preserving the euro zone. HSBC Holdings Plc., which is Europe’s biggest lender, gained 2.3 percent in Hong Kong. LG Display Co. rose 6.9 percent. China Zhongwang Holdings Ltd., which is known for producing  aluminum used in rail carriages and airplanes, gained 6.3 percent in Hong Kong after saying that profit would increase. Hitachi Chemical Co., a Japanese chemical products company, jumped 6.6 percent after increasing its profit forecast.

All of these actions are results of Mario Draghi’s words. Cameron Peacock, a Melbourne-based market analyst at IG Markets, said:  “There’s a fear things are getting out of control, and so Draghi came out with a very strong statement in support of the market that they are going to do everything necessary to support the euro.”  The decision of reviving the Securities Markets Programme had been long expected by investors. However, by taking that step ECB buys more time. Analysts at Societe Generale remarked in a research note: “The ECB can thus help buy time, a role that we have long believed the central bank would be prepared to do. Resolution, however, will fall to governments and we see more muddle-through ahead.” The question remains how long the positive reaction on Asian markets will last.