The term ‘artificial intelligence’ was first coined by an American computer scientist John McCarthy in 1956 during the Dartmouth Conference. With the passage of time, this term covers a huge number of fields of technology and not only robotics. Artificial intelligence attained its prominence as it helps in increasing the size, speed, and variety of the big data collected and can also perform various functions related to it. This is because managing statistical data on a large scale can be an extremely time-consuming process for the humans. But with the help of artificial intelligence, it can perform complicated tasks like the identification of patterns in the data in a quicker and more efficient manner than humans, which helps the businesses in gaining better insight into their data which made it the preferable choice. 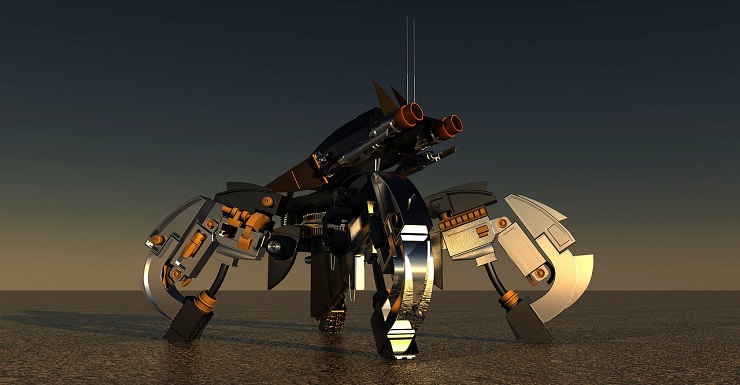 China has rightly recognized the significance of artificial intelligence and hence is concentrating on maintaining rapidity in its advancement. The Chinese development has contributed a share of its overall investment in the scientific research which takes place at universities. Not only this, but in the past decade on an average in every year, the government has doubled up its expenditure on the field of research in technology. According to the Five-Year Plan declared by the government, the funding of science and technology research will continue to be a major priority. This initiative is termed as the ‘China Brain Plan’ under which researchers try to enhance the similarities in the understanding of the human and artificial intelligence.

The country also installed a three-year implementation plan for artificial intelligence called the Internet Plus and Artificial Intelligence program from 2016 to 2018. This program mainly emphasizes the development and expansive application of artificial intelligence. This technology will later be contextualized as a national strategy which might turn up to be useful in the civil-military integration. This signifies that the everyday civil technologies will eventually inculcate in the military context as well. With this type of a strategy, the boundaries between military and civilian research in terms of technology might get blur.

Apart from this, even the prominent tech companies of China are making sure that they develop themselves in the field of artificial intelligence. This is as the companies believe that progress in artificial intelligence holds a lot of scope for them from the business perspective. It has the potential to come up with a number of transformative technologies in the decades to come. Scientists and researchers are already busy exploring this potential in the form of innovative gadgets like autonomous cars and facial recognition software. Andrew Ng who is the chief scientist at Baidu, China’s leading search engine says that it is almost impossible that a certain field cannot transform with the help of artificial intelligence. It has the ability to help various fields of life develop in the way needed. Not only this, but well-established Chinese tech companies are promoting research in AI by sponsoring scholarships for students working in reputed technological labs.

Will China overpower the U.S. in terms of AI?

There was a time when the U.S. claimed to have a strategic monopoly in the artificial intelligence technology due to which other countries steered clear of it because of the threat of hi-tech warfare. But recent reports suggest that the rapid growth of AI in China might lead to helping the country overpower U.S. in terms of AI. This has become a major challenge for the U.S. as it had assumed its continued superiority in the technologies like robotics and artificial intelligence but due to the advent of China in the given fields, the U.S. will have to update its military strategies. China’s advancement in AI is considered to be a hidden military threat for the U.S.

Keeping aside the military uses of artificial intelligence, even in general it seems that China will soon overtake the development of AI in the U.S. According to a study by the National Institute of Science and Technology Policy in Japan, China is very closely second to the U.S. in the number of AI studies which were presented at top academic global conferences in the year of 2015. The number of papers which were published by Chinese researchers in regard to deep learning of the subject exceeds the number of papers published by the U.S. researchers, according to a U.S. government report.

Despite all this, a significant difference between the developments of both the countries in the field of AI is that U.S. excels in quality whereas China provides more quantity. As reports suggest, the quantity of AI research carried out in China has grown dramatically over the years but even today the U.S. researchers are responsible for most of the fundamental theories of AI based on which other research is carried out.

But when it comes to putting these theories to practice, the Chinese companies adapt these scientific ideologies very quickly and implement them in their work. This is why in China the velocity of work is way faster than the velocity in most of the Silicon Valley.

Why does China lead in AI?

There are a number of factors behind the growth spurt of China in the field of artificial intelligence. The researchers here are already well-read in the respective field and focus their research on the same. This is why 43 percent of the best academic papers have been written by a Chinese, irrespective of where the research was carried out. The people here excel in mathematics, science training, and engineering which comes in handy for the study of artificial intelligence.

It is a known fact that the business industry of China is mainly dominated by traditional industries. Even though these industries are not as technologically advanced as the industries of the west, they have the finance and the data to inculcate technology in their industry and also show the inclination towards it. On the contrary, China has one of the largest internet markets in the entire world with more than 800 million users and several online companies. These companies can be further developed with the help of AI.

China is known to excel in whatever it strives to do. Same is the case with artificial intelligence. As the country is more open to experimentation and research-based solutions, it accepts as well as promotes all kinds of innovative ideas which serve as a driving factor for the intelligent minds to work harder in the given field.

Anna Domanska
Anna Domanska is an Industry Leaders Magazine author possessing wide-range of knowledge for Business News. She is an avid reader and writer of Business and CEO Magazines and a rigorous follower of Business Leaders.
« Samsung Forecasts Uplifting Quarterly Profits ahead of Galaxy S8 Release
FCC Net Neutrality to be canceled due to Silicon Valley protests »
Leave a Comment
Close