The Challenger Space Centre in Arizona, popular for offering tourists the experience of being in outer space, has started taking concrete steps towards being more energy-wise.

The roof of the Challenger Space Center Arizona will soon boast a fully operational 18 kW photovoltaic system, with workers having begun the installation process. The solar array is the result of a $50,000 grant from the Arizona Department of Commerce through the American Recovery and Reinvestment Act under the Renewable Energy Program for Non-Profit Organizations. 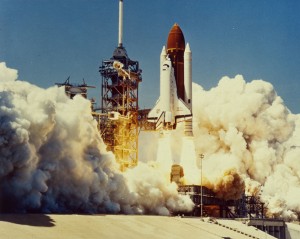 Lift Off at the Challenger Space Station

Kari Silva, the executive director for the Space Center, said the solar panel system not only will contribute “energy savings of $4,000 to $5,000 per year,” but also will provide an “opportunity to offer a new interactive exhibit on renewable energy.” The $87,000 systems is also being funded by a $25,000 Renewable Energy grant from APS and will be eligible for approximately $12,000 in APS rebates. Work on the solar system installation is expected to be complete within the next two weeks.

Photovoltaic systems are great for reducing harmful emissions and dependency on fossil fuels, while also offering the advantage of dramatically reducing energy bills.

A photovoltaic system is a combination of solar modules wired in series to form an array designed to meet an electric load demand. The photovoltaic modules convert solar radiation into electricity.

Solar electric systems utilize modular panels made of silicon, which react directly to solar radiation. Through this photovoltaic process, the system generates Direct Current (DC) electricity. The DC electricity is routed from the solar panels to an inverter which converts the electricity into Alternating Current (AC) which is then transmitted to the building’s existing distribution system to supply electric power as needed throughout daylight hours. The excess electricity is diverted out to the power grid causing the electric meter to spin backwards and produces a credit on an electric utility bill.

With additional offices located in Las Vegas, Nevada, New York, New York and San Antonio, Texas, the parent company of this organization, PWI Construction, Inc. is a commercial general contracting company founded in 1989 and licensed in all fifty states plus Puerto Rico and Mexico.