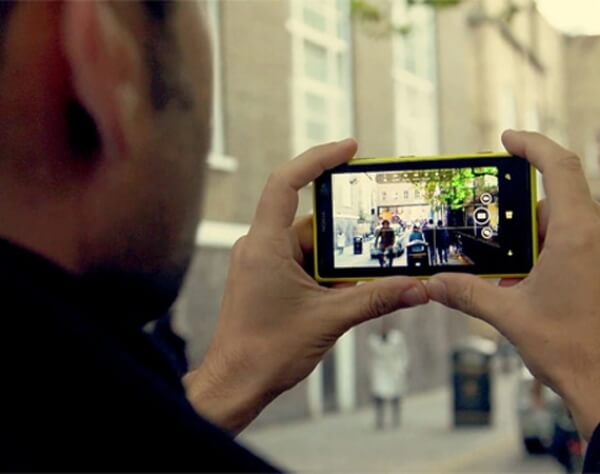 For those who love to capture emblematic instants of life anywhere, anytime, it has become quite natural just to take out their smartphone and click a picture. Quite a few amateurs have opted to replace their traditional point-and-shoot camera with their iPhone 5S, Galaxy S4, Nokia Lumia 1020, and the list continues. In 2012, point-and-shoot camera sales dropped 17 percent, while smatphone sales grew 58 percent, with the iPhone 4 rated as the most-used camera. The reasons behind the change of gadget might be the possibility of instantly sharing the picture on social networks and the practicability of carrying only one device at a time–a device that does plenty more things than only taking pictures–. Nevertheless, are smartphone cameras really good enough? Have they really substituted proper compact digital cameras? Well, they almost have, for phones are preparing to even include camera RAW format on their list of features. And… what is the RAW format? Just keep reading!

What are the RAW files?

A camera RAW file is different from a JPG file because the first one contains minimally processed data from the image sensor of a motion picture film scanner, an image scanner, or a digital camera. The name comes from that characteristic, the file is not yet processed and therefore it is “raw”. These files are also known as “digital negatives”, since they fulfill the same role as traditional negatives in film photography: A negative is not directly usable as a picture, but has all the data needed to create it.

So… what are the advantages of having these RAW digital images? You may find many. Usually, digital images in traditional point-and-shoot cameras or smarthpones are processed by the device’s particular raw converter, which encodes the image within the device’s specific default color space. There are dozens, if not hundreds, of raw formats in the market, depending on the digital equipment. The advantage of possessing the RAW file instead of the JPG or TIFF file is that you get to choose within the wide-gamut internal color space of the digital negative before making the conversion to a positive file format (which would be the JPG or TIFF file). A RAW digital image usually has a wider dynamic range or color gamut than final formats, which allows users to manipulate further the file. Camera RAW files preserve the maximum quality and let users apply more precise and successful gamma correction, white balance, brightness, contrast, among other adjustments.

Nokia announced that its Lumia 1520 phablet and Lumia 1020 smartphone will be able to click pictures with RAW format capabilities soon. Their devices will have the option to store uncompressed Digital Negative (DNG) files. This is a great punch for traditional point-and-shoot cameras, since that was one of the few advantages that they could still offer over smartphones, along with great zooming features. However, camera RAW files need a lot of memory space and choosing this characteristic might fill the gadgets very quickly, especially Lumia 1020, which doesn’t possess SD card support. Although several apps have being attempting to do this RAW format trick, with not great success, this is the first time that a manufacturer openly supports uncompressed photo saving and processing. Let’s see how it goes, at the end, the best judge will always be you!