Architects Go Big On Wooden Skyscrapers of the Future

The Tallest Timber Building to Unveil in Newark

Heir to the Procter and Gamble soap and candle company in Ohio, David Gamble commissioned fellow Cincinnatians, Charles and Henry Greene, to build a modest winter home in Pasadena, California. The resulting, design constructed in 1908-09, the Gamble House, also known as David B. Gamble House, is a National Historic Landmark, a California Historical Landmark, and museum in Pasadena, California. Its style shows the influence of Japanese aesthetic, evident in the heavy use of wood, and is in every bit ancestral, vernacular, and minimalist.

The discovery of building materials such as bronze, steel, masonry, and concrete has changed and improved the way wood is applied to building construction. Wood-framed façade continues to wrap around modest buildings such as the townhouse, log cabin, and impressive structures such as an elaborate timber palace. Outside of North America, a number of wooden skyscrapers have already been built. But – isn’t wood flammable? Can you really build a wooden building that tall? These are valid concerns and architects are working to dispel with, in search of eco-friendly buildings rather than fuel-intensive concrete and steel.

Chicago – the birthplace of Skyscrapers – may add another feather to its cap when it becomes home to a landmark in the accelerating development of high-tech wooden building material. The River Beech Project, set to reach 984-feet at its highest point when it completes in YEAR, will become the tallest wooden skyscraper in the world. The proposed 80-storey ‘plyscraper,’ a joint research project between Cambridge University, Perkins + Will, and Thorton Tomasetti, would sit over a portion of the riverwalk, balanced on center atrium and an aluminum veneer that supports the latticed beechwood structure. 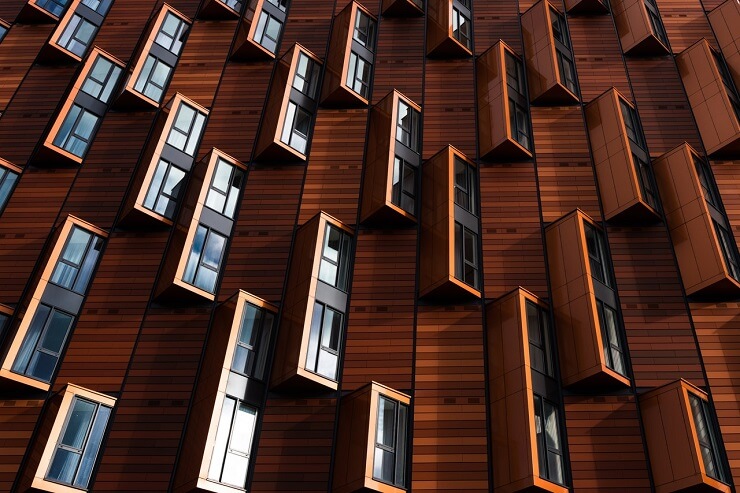 In Sweden, Anders Berensson Architects has designed a wood residential high-rise, standing 436-feet and 40 stories tall. The ambitious project is commissioned by a local political party in order to help tackle the lack of affordable housing in Stockholm. The proposed design for the 25-unit, cross-laminated timber (CLT) structure features a timber screen.

A Vision of the Future

Canadian architect Michael Green has become one of the pioneers of tall wood structures, and plans for Framework, a 145-feet-tall wooden tower in Portland. When completed in 2019, Framework would be the tallest human-occupied wooden high rise in the world. It is by far, one of the most ambitious timber construction projects, and it was only recently given the building permit, following a number of safety and structural tests.

Overseas, similar wooden structures have been springing up in Finland, Sweden, and the U.K., and a 24-storey wooden structure is underway in Vienna. Wood is renewable and has considerably less impact on the environment than buildings with concrete and steel. As a matter of fact, wood actually captures and stores carbon, keeping it out of the atmosphere for its lifespan.

But for all its potential, there are also a few arguments against wood. One of the reasons why we moved away from building plyscrapers in first place, is fire, like the one that razed Chicago in 1871. The new wooden skyscrapers, however, aren’t made with just ‘wood’. For instance, Framework’s chassis will be made of lumber put together into giant columns and girders, while the walls and floors will be made of cross-laminated (CLT) in which layers of wood are stacked in alternating directions. The wooden building must last beyond its design life. Moreover, the higher the building, the stronger the material should be. To combat this challenge, the components will also go through rigorous fire testing. The lumber will be insulated using the Shou sugi ban, a Japanese method that has been used for centuries, traditionally, to develop fireproof and earthquake-proof structures.

If we can make building materials like wood sturdier than steel, it’s a battle half won. Let’s not even begin with the environmental benefits of using materials like wood which have a negative carbon footprint. After all, we’re building with a renewable resource. Unlike high energy and high emissions materials like steel and concrete, wood can provide us with sequestration. Steel represents about three percent of man’s greenhouse gas emissions, and concrete about five percent. On the other hand, one cubic meter of wood will store one tonne of carbon dioxide in its lifespan. 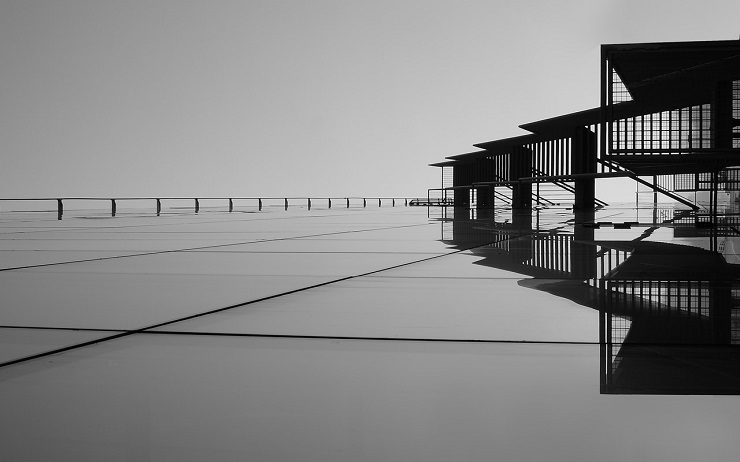 According to the U.S. Green Building Council state, as much as 39 percent of carbon emissions in the U.S. are the result of the construction of buildings and their usage. The benefits of using wood as a building material are many. First of all, it’s light and easier to transport, which equals to less emissions. Secondly, the foundation doesn’t have to be deep, resulting in lesser materials used in the construction of a wooden structure.

Of course, one of the biggest challenges remains in the making of wooden building is deforestation. Do we really want to exhaust our natural supplies? We’re also dealing with the problem of exhausting essential reserves such as oil. Another problem remains to be existing building codes. Present building codes inhibit the ability for architects to build wooden structures taller than four-stories. Still, wooden skyscrapers offer promising opportunities for more ecologically sound construction.

Anna Domanska
Anna Domanska is an Industry Leaders Magazine author possessing wide-range of knowledge for Business News. She is an avid reader and writer of Business and CEO Magazines and a rigorous follower of Business Leaders.
« Apple Gives a Sneak-Peek at its Self-Driving Car Tech
BMW Saves the Day with Vision E3 Way »
Leave a Comment
Close