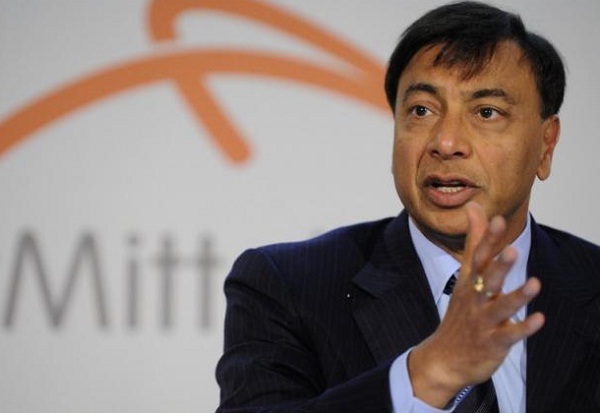 Surprisingly or not, ArcelorMittal S.A. informed that it recorded a net loss of around $345 million for the first quarter ended March as the giant steelmaker has been facing though market conditions, including low demand for steel. Despite the first-quarter net loss, the world’s largest steelmaker has not revised its projections for the ongoing year as it expects that steel and iron ore sales will substantially surge in the near future on growing demand from the world’s second economy. But the fact is that the company’s restructuring attempts have also brought a ray of hope while the steel markets has finally started stabilizing.

On the 10th of May, ArcelorMittal S.A. issued its results for the quarter ended March, showing some astonishing figures and trends. Interestingly, the figures indicated that earnings before interest, taxes, depreciation and amortization (EBITDA) amounted to $1.57 billion in the three fist months of the year up from $1.56 billion noted a quarter earlier. However, these core profits slumped significantly when compared to the first quarter of 2012 when they totaled more than $2.1 billion.

Moreover, the company also informed that it recorded a net loss of approximately $345 million for the three-month period. Without a doubt, tough conditions in the steel market, including low demand for steel, were the main causes of the aforementioned net loss. Just to have a datum point we should remind that in the first quarter of 2012 ArcelorMittal reported a $92 million profit. As for sales, the giant steelmaker saw them dive approximately 13 percent on year-on-year basis to roughly $19.75 billion while operating profit slumped staggering 50 percent to around $404 million.

The company also underlined in a statement that steel shipments in the first quarter decreased by roughly 6 percent from a year earlier to 20 .9 million metric tons.  However, it is worth mentioning that they climbed around 5 percent from a quarter earlier.

Undeniably, steelmakers have been struggling since the beginning of the global financial crisis in 2008, yet the European steel companies have been also suffering from the continuing debt crisis in the eurozone which led to the drastic slumps in demand for steel, not to mention steel oversupply as well.

While the steel market was facing more and more challenges, ArcelorMittal S.A. decided to implement some crucial and inevitable restructuring reforms in its European assets. Commenting on the first-quarter results, Lakshmi Mittal, chief executive officer at ArcelorMittal S.A., underlined: “Economic conditions remain challenging but our performance in the quarter reflects the results of the management action we have taken to confront the effects of the financial crisis,” adding that the company had already stated bearing fruits due to all introduced measures. Indeed, the company is still trying to improve its performance, thus it reposes high in stronger demand for steel from developing markets, including China.

Certainly, for all steelmakers, including ArcelorMittal S.A., good news is that the estimates show that world production of steel will be driven by a 3.5 percent growth in China’s production, while the prices are also expected to jump more than 2 percent.

Interestingly, ArcelorMittal S.A. has not revised its forecast for the ongoing year in spite of the recorded net loss. The projections indicate that the steelmaker is expected to witness a 2 percent growth in steel shipments, while iron ore shipments are projected to jump staggering 20 percent. Moreover, the full-year core profits are expected to amount to more than $7.1 billion.