ArcelorMittal in search of buyer for 30% Canadian iron ore stake

Most lavish wedding the world has seen till date 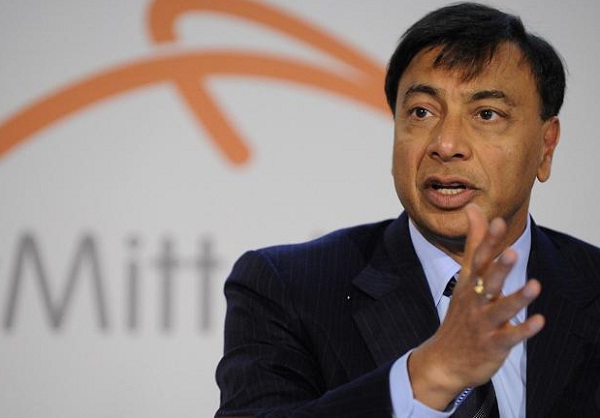 On the 6th of February, ArcelorMittal SA informed that it reported a big loss for the final quarter due to weak Europe’s demand for steel and write-downs in the value of its assets. However, the world’s largest steelmaker informed that demand for steel would improve in 2013. Also the company’s earnings are expected to improve during the year.

Lakshmi Mittal, chief executive officer at ArcelorMittal SA, admitted that the company suffered from low demand for steel. As it was highlighted by him, ArcelorMittal SA saw Europe’s demand for steel slump by approximately 8.8 percent in 2012. Lakshmi Mittal also admitted that 2012 was, certainly, difficult for the company which had to face many challenges.

According to a statement released on the 6th of February, the company saw its net loss widen to approximately $3.99 billion in the final quarter, compared to a loss of roughly $1.00 billion in the same period a year earlier. It is worth underlining that the net loss included over $4.5 billion in charges and write-downs  in the value of its European assets which were hit by low demand for steel. Data showed that the operating loss for the period amounted to almost $4.95 billion, compared to a profit of roughly $47 million a year earlier. Moreover, the company witnessed a 14 percent drop in sales to slightly over $19 billion in the period.

Without a doubt, investors have not been surprised by the latest results of the company. Just to show the scale of the decline in steel demand in Europe, analysts point at a 29 percent decline in demand since 2007. As ArcelorMittal has been facing many challenges, including decreasing demand for steel, the company decided to cut its proposed dividend.

Improvements to be seen in 2013

The company is aware that it will face many challenges in 2013 as the Europe’s economy will continue to struggle due to the debt crisis. However, ArcelorMittal CEO Lakshmi Mittal underlined that the company had seen some positive trends. The company has already introduced some unpopular measures that “are expected to support an improvement in the profitability of our steel business this year.” But steel industry body Eurofer expects Europe’s demand for steel to drop further in 2013, therefore the world’s largest steelmaker has to adjust to new conditions.

While Europe’s demand for steel is expected to decline, the company estimates that the global steel consumption will increase by approximately 3 percent. As it has been underlined in the statement, ArcelorMittal SA expects its own steel shipments to expand by 2 to 3 percent in 2013. According to forecasts of the world’s largest steelmaker, the China’s market is expected to increase by approximately 3 percent from only 2 percent growth noted in 2012. However bigger improvement will be witnessed in the Brazilian market which is projected to expand to about 5 percent, compared to a 1 percent growth in 2012. In addition, the company projects that it will see its iron ore shipments rise by as much as 20 percent due to improving production in several markets, including Canada.