ArcelorMittal in search of buyer for 30% Canadian iron ore stake 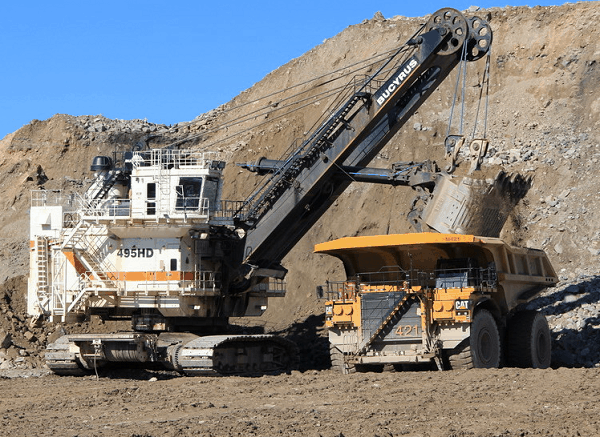 ArcelorMittal SA, a global steel company, is exploring a sale of a 30 percents stake in its Canadian iron ore business, according to a source familiar with the matter. The world’s biggest steelmaker struggles to cope with the downturn as demand in Europe and China visibly decreased. ArcelorMittal stake in Canadian iron ore business is valued at approximately $10 billion.

According to the source familiar with the matter, ArcelorMittal appointed advisers who have been recently sounding out prospective buyers for the 30 percent stake in the business, which was known as Quebec Cartier Mining. RBC Capital Markets and Goldman Sachs are said to assist in the process which started few months ago. A deal on the ArcelorMittal’s Canadian iron ore stake is likely to be announced by the end of the year.

Since the financial crisis ArcelorMittal SA has been struggling as the global steel industry faces the prolonged period of overcapacity caused by decreasing demand in Europe and slowing growth in Chinese consumption as well.

As it was stated by the source, the sale process has raised a lot of interest from particularly Asian steelmakers, including Chinese and Japanese companies, as they want to secure their own supplies of the raw material which is crucial in the steelmaking process. In addition, because of the fact that ArcelorMittal is only interested in selling the minority stake in the Canadian assets, the future investor will not have to go through an Investment Canada review process. Under the Investment Canada Act, the government of Canada is obliged to review all major deals to ensure that they are of “net benefit” to the country. Therefore the future buyer of the 30 percent Canadian iron ore stake will not have to go through the process.

ArcelorMittal is one of Canada’s biggest exporters of iron ore to steel markets. According to compiled data, the group’s operations account for as much as 40 percent of Canada’s iron ore output. ArcelorMittal operated in two mines in the province of Quebec. The company, which is the world’s largest steelmaker, wants to pay down the debt while investing in its iron ore assets.

The world’s largest steelmaker purchased the iron ore business in 2006 as a part of the takeover of Canadian steelmaker Dofasco Inc. After the takeover the division was renamed ArcelorMittal Mines Canada.

Currently ArcelorMittal is investing approximately $1.23 billion in Quebec Mont-Wright mine and concentrator in northeastern Quebec as it aims at 24 million tons of annual iron-ore output by 2013, compared with 16 million tons last year. The expansion in iron ore business seems as an important earnings driver for the company as demand for steel has been decreasing particularly in Europe. The weak demand for iron ore resulted in downgrading ArcelorMittal’s credit to junk status from investment-grade by Standard & Poor’s.

Anna Domanska
Anna Domanska is an Industry Leaders Magazine author possessing wide-range of knowledge for Business News. She is an avid reader and writer of Business and CEO Magazines and a rigorous follower of Business Leaders.
« Verizon 3Q profit grows boosted by wireless
Petronas bid for Progress Energy rejected by Canada »
Leave a Comment
Close

Apple is bolstering its smart home devices space with the introduction of a new hybrid device— a combination of an Apple TV and a smart speaker with a screen, according to news r
2 hours ago