Apple’s Trillion-Dollar Valuation is a reflection of innovation

Apple market capitalization hit a historic $1 trillion dollar value last week after the America tech giant announced its better-than-expected fiscal third-quarter earnings that surged its share price, making Apple the world’s first trillion-dollar public company. Since Tim Cook assumed office as the Apple’s CEO following Job’s retirement in 2011, Apple share price has had a fourfold growth. The stock was up by 0.2 percent as of Saturday, closing at $207.99 – 94 cents more than it was on Thursday when it pushed Apple past the landmark valuation.

It’s barely 48 years ago that the entire United States stock market capitalization hit $1 trillion, the worth of a single company today. Meanwhile, US steel became the first billion-dollar public company 117 years ago. Maybe the new age has seen firms gain more trust from investors. With the historic market value, Apple’s stock is now worth more than the economies of Switzerland and Turkey, and as well as one-third of the UK economy, just after 42 years of existence.

Founded in 1976 to sell personal computers, Apple’s success has gone beyond premium Smartphone supplies to also hold strong shares in the market for smartWatch (iWatch), tablet computer (iPad), portable media player (iPod), smart speaker (HomePod), etc. The company’s services are exclusive for its product’s ecosystem, iOS which is yet to have a kind, with the closest rival Android subject for “forked” version as an open source ecosystem. 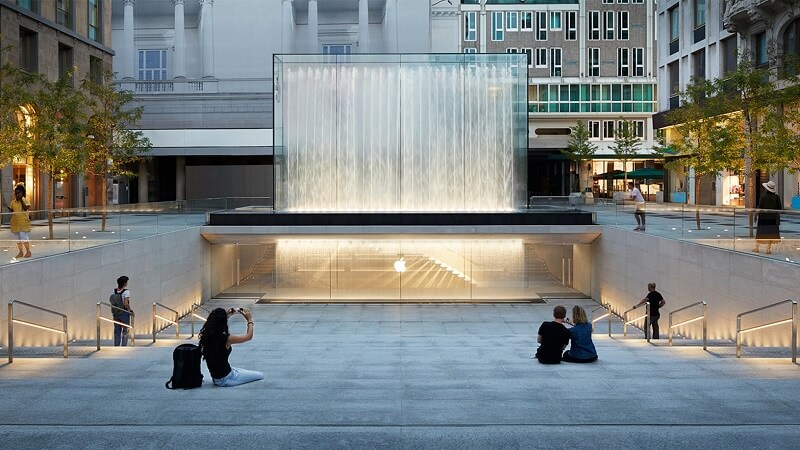 The valuation is official

In 2007, PetroChina was cited to have hit trillion-dollar valuation after its flotation, but the value is considered unrealistic since only 2 percent of the company’s stock is open for public trading. The same unofficial valuation goes to Saudi Aramco, valued to worth up to $2 trillion but the values are yet to observe public scrutiny.

Apple’s roadmap to the historic milestone powered by the company’s rise in share was closely monitored. The trigger came after the company’s quarterly financial results announced early last week were found to be better than Wall Street expectations. The Cupertino, California-based Apple racked up $11.5 billion worth of profits within three months from a record sale of $53.3 billion, growing the company’s stock price while offering a swift cruise of its value from $935 billion to win the priciest horse race of all time among giant companies, $1 trillion market capitalization.

Apple racked a total profit of $48.5 billion last year, and now has cash reserves worth $285 billion. Its strong market performance in recent times has jiggled technology rivals especially competitors in the race to break the $1 trillion mark, such as Google with a market cap of $864.05 last month, Amazon and Microsoft. Apple’s last earnings report is in contrast to those of Facebook, which suffered a massive loss, more than $120 billion the previous week after a 20% fall of its share price.

The milestone is not actually a surprise to many. Apple prides 14 percent market share in the US and 3 percent in the world. Its mark in the technology industry is a deeply felt one that would take an eternity to break in our time.

Anna Domanska
Anna Domanska is an Industry Leaders Magazine author possessing wide-range of knowledge for Business News. She is an avid reader and writer of Business and CEO Magazines and a rigorous follower of Business Leaders.
« How much does morning commute really cost around the world?
Facebook is Partnering with Banks to Provide Financial Services »
Leave a Comment
Close