According to Strategy Analytics research data, Apple Inc. sold an impressive 3.5 million Apple Watch units during the three-month period ending in March, up 59 percent from 2.2 million units sold during the same time last year. Interestingly, Apple has been cagey about Apple Watch sales. Unlike it does with iPhones, iPads, and Macs, and instead relegates the device under its “Other Products” category. The category also includes the Apple TV, Beats products, iPods, AirPods, and other accessories, making it nearly impossible to determine if Apple Watch revenue has doubled over the last two years.

The 59 percent annual saw Apple Inc. capture 16 percent of the global market, helping the Cupertino company dethrone Fitbit. Meanwhile, Fitbit shipped an estimated 2.9 million wearable devices during the same quester. The key metrics – revenue, profit, unit growth, and costs – for Fitbit looks bleak, but the company healthy cash reserves will buy them enough time to get on the path to recovery. 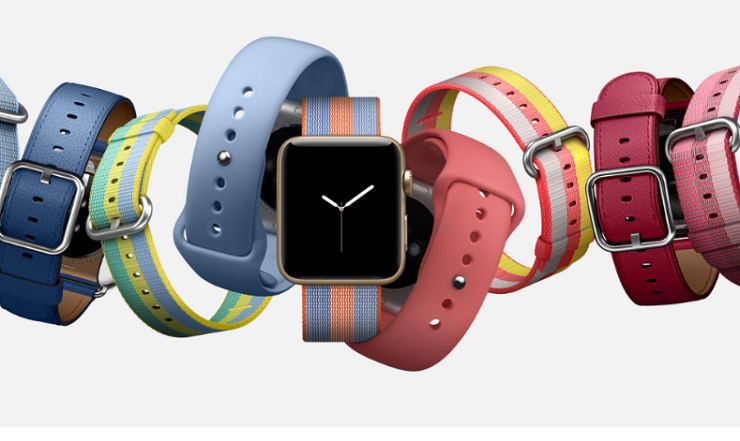 The fitness wearables company’s year-over-year growth has slowed every quarter since Q2 2015, a big reversal from the nearly doubling of its sales three years ago. To restore growth, Fitbit layoff 6 percent of its workforce, saving $200 million from its $1.1 billion in annual spending. Competition from the likes of Apple Inc., Samsung Electronics Co. and Xiaomi Corp. has blunt the company’s growth. Moreover, analysts blame this descend on its delayed entry to the emerging smartwatch market.

Xiaomi held second place to Apple, as shipped an estimated 3.4 million wearable devices. The Chinese company’s success is solely based in China, on account of lack of expertise and brand recognition for international expansion. Xiaomi is selling in over 20 countries, and yet it is in no rush to expand internationally.

During Apple’s recent earnings call, chief executive Tim Cook said that Apple saw shipments of the Watch nearly double year-over-year. The strong performance is attributed to a prominent feature of the Apple Watch, i.e. the fitness and health tracking. With AirPods and Beats headphones sales, Apple’s wearables business is now the size of a Fortune 500 company.

More Trouble Ahead For Fitbit

For consumers with primary focus on fitness, Fitbit is the go to wearables. The Apple Watch offers a lot more than fitness tracking and heart-rate monitoring. Moreover, the ever-expanding Apple Watch app ecosystem makes the Watch a more versatile wearable than fitness bands. And the new Apple Watch, of course is waterproof with built-in GPS, creating a proper activity tracker. Moreover, Apple Watch users don’t need to get a Fitbit or thirty-party apps, or a dedicated sports watch from Polar, Suunto, or Garmin.

Fitbit expects to burn its reserves in 2017 as it works to regain its position as a market leader in the wearables sector. It is likely to release a smartwatch that could go up against the Apple Watch. Layoffs and other cost-cutting measures have defined Fitbit’s quarters for the past couple of month. With demand for its products not materializing, the wearables company faces the difficult task of slashing costs to regain growth. The year 2017 will prove to be a tough one for Fitbit and its shareholders as it steers this new reality, and only time will tell whether the wearables company can turn things around.

Anna Domanska
Anna Domanska is an Industry Leaders Magazine author possessing wide-range of knowledge for Business News. She is an avid reader and writer of Business and CEO Magazines and a rigorous follower of Business Leaders.
« Musk’s Next Target with SpaceX Satellite Internet – Earth’s Orbit
Tune into Facebook TV Shows this June! »
Leave a Comment
Close