The iPhone maker is the new king of tech world as it reaches $2 trillion market cap.

Apple market cap hits $2 trillion on Wednesday, doubling in valuation just two years after it became the world’s first trillion-dollar company. While this market capitalization of Apple is largely symbolic, it highlight’s CEO Tim Cook’s success at once again positioning the company as an innovation center. 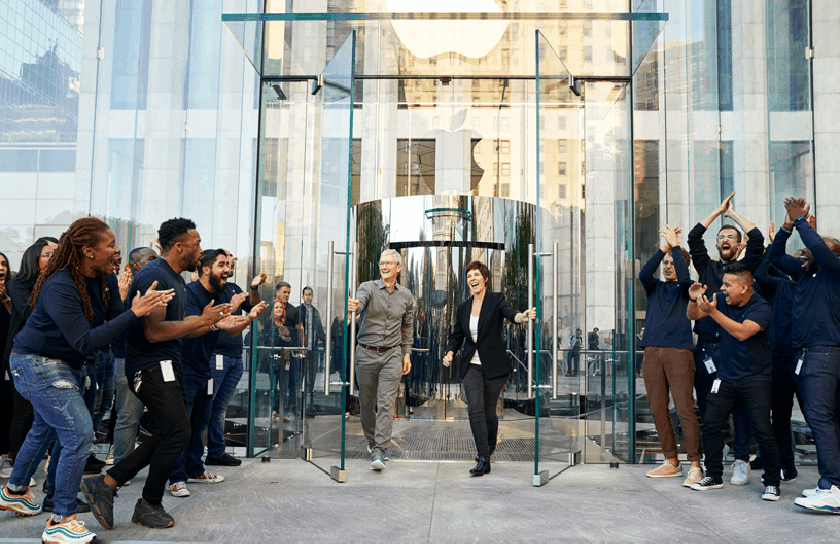 It didn’t take long for Amazon, Microsoft and Google-parent company Alphabet to crack the four-comma club despite investigations of their business practices by the DOJ and FTC.

Apple hitting $2 trillion market capitalization may come as a surprise to analysts who expected Amazon to reach the $2 trillion market cap. The e-tail giant has been benefitting from super-fast sales growth since 91 percent of people across the globe went into a lockdown due to the coronavirus pandemic.

Although, Apple’s journey towards the elusive $2 trillion was in reaction to strong quarterly results. The Cupertino, California-based company posted a historically strong third quarter in late July, including $59.7 billion in revenue and double-digit growth in its products and services. Apple had to make the hard decision of closing several retail stores during the quarter, especially in the United States but work-from-home trends and strong online sales buoyed its overall operations.

Not everyone is optimistic about Apple’s earnings. Some analysts are concerned that valuation metrics are being stretched. The tech giant’s price-to-earnings ratio is 35 times now, the highest since its launched the original iPhone in 2007.

Apple’s shares are up about 60% year to date, pushing through the pandemic that removed many companies from Wall Street’s. In the past year, Apple shares have risen more than 120%.

Apple recently announced a four-for-one stock split, which goes into effect on August 31, and will allow its shares to be more accessible to the general public.

Christy Gren
Christy Gren is an Industry Specialist Reporter at Industry Leaders Magazine she enjoys writing about Unicorns, Silicon Valley, Startups, Business Leaders and Innovators. Her articles provide an insight about the Power Players in the field of Technology, Auto, Manufacturing, and F&B.
« EU Commission Gets Aviation Biofuel Off the Ground
Bath & Body Works Sales Increase during Pandemic »
Leave a Comment
Close