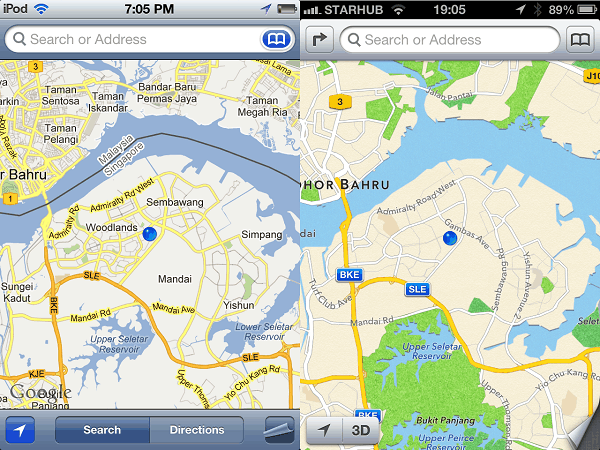 Back in September, the Google Maps mobile app was removed from the iPhone and its place was taken by the Apple Inc.’s mapping software. Even though Google Inc. was brutally cut off from the iPhone and users of Apple Inc., the Internet search giant did not give up and decided to work on the new version of its own mapping app. As the Google Maps app is back and it will be available for different devices, Apple Inc.’s users  probably have already breathed a sigh of relief…

The new version of Google Maps is available in over 40 countries and almost 30 languages, according to a statement. But it is worth underlining that the big comeback of the Google Maps app is not surprising as the company was widely expected to be back after the version of Apple Inc.’s mapping app had been removed. However the version for the iPad is not yet available.

For few weeks before the big comeback of Google Maps, analysts have been queried the possibility of the Google Maps’ return to the Apple Inc.’s iPhone. Apple Inc. had blocked access to its app store for many applications of Google Inc. Yet not this time. The new version of the Google Maps app is available in Apple Inc.’s app store. The company decided to take this step as it realized that the search engine giant chose to create maps service for Apple Inc.’s users instead of trying to weaken Apple’s products.

Both companies decided to put their clients first. Thanks to the ceasefire, Google Maps are available for Apple Inc.’s iPhones. And what is more, the application is free. Even though the app is free, Google Inc. will certainly earn as it will put ads from different businesses.

The big comeback of the Google Maps app comes several months after Apple Inc. decided to introduce its own built-in navigation system with maps. Certainly the step, which was taken in September, was on everyone’s lips. Apple Inc. decided to break the agreement with Google Inc. for several strategic results. Yet its efforts fell through as Apple Inc.’s maps are inferior to Google Inc.’s ones.

Apple Inc.’s maps turned out to be a damp squib due to inaccuracies. Even though Apple CEO Tim Cook apologized for all mistakes and fired the top official responsible for maps – Scott Forstall, the company faced much criticism. In a sense, the big comeback of Google Maps to iPhones is a big failure of Apple Inc. But the competition between these two giants is not over, the war is still on.