Why Apple’s HomePod Will Be So Expensive

Apple launched a smart home speaker called HomePod to put a period on the runaway popularity of Amazon Echo and Google Assistant. If you ask me, the device looks like a miniature version of the 70s-era furniture speakers – there’s nothing Apple-esque in terms of design. It’s not unusual for Apple to charge a premium for an upscale product. Without exception, the Apple HomePod price reflects the Cupertino company’s profitable position in the markets in which it competes.

Look at HomePod speaker’s (un)timely launch. It’s like Apple is desperately trying to play catch-up. Amazon launched the Echo way back in 2014, and Google introduced its rival, Google Home, in 2016. The Apple HomePod won’t start shipping until December 2017, and is twice as expensive as the two homeboys.

So, why the exorbitant HomePod price tag? We’ll get to that later. Let’s first take a look at the HomePod features. 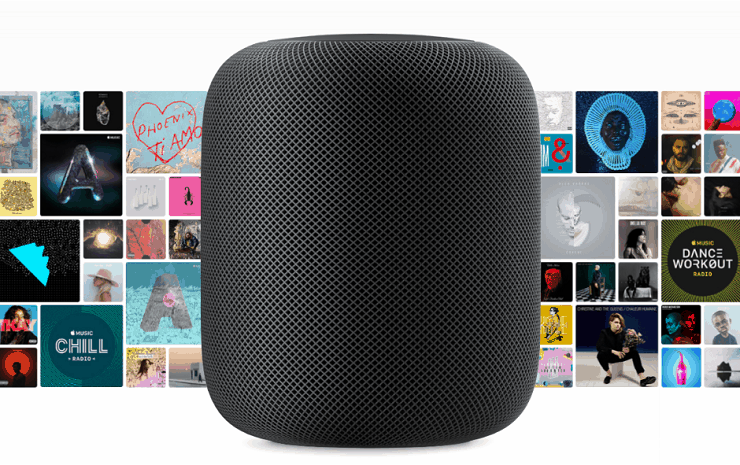 At the WWDC 2017, Apple’s Phil Schiller announced the new HomePod speaker, which is designed to turn Siri into an all-pervasive musicologist.

At the WWDC 2017, Apple’s Phil Schiller announced the new HomePod speaker, which is designed to turn Siri into an all-pervasive musicologist. You say, “Hey Siri,” and ask it to play something. Play Coldplay. Or, play iHeartRadio.

While music is the key focus here, Apple is also working on optimizing Siri to be a home assistant. Let’s not forget that the HomePod is basically a smart home speaker. It’s still very much going to compete against Amazon Echo or Google Home. It can be used to stream podcasts, send messages, get updates on weather, traffic, sports, and control smart home devices connected using Apple’s HomeKit.

The HomePod is small, cylindrical unit, wrapped in a honeycomb mesh. The top surface of the smart home speaker is touch sensitive. It can be used to play music and adjust the volume with a simple tap.

The smarthome speaker contains Apple’s A8 chip. You’ll find the same chip in the iPhone 6 and 6 Plus. Voice commands are picked up by the six microphones that circle in the middle of the HomePod. One can pair two speakers together or link with compatible devices to create a multi-room system. The HomePod sound quality is as impressive as it gets. In comparison, the Sonos 3 appears sub-par.

Why the $349 Apple HomePod Price Tag?

You rarely get to see an iPhone hanging. The overall finish of the product is sublime. You cannot expect the same from Amazon or Samsung or any other tech company. The way Apple products are engineered, you cannot argue that it’s expensive as the precision is of the highest quality.

Apple knows a very little percentage of its consumers care about fancy features. On the other hand, other companies focus little on day to day, normal functioning features and in the process they devalue a majority of their consumer-base.

Also, Apple launches its products once in a year. It doesn’t have competition from its own products. Apple consumers are rest assured that the gadget they’re buying isn’t going to be devalued anytime soon. This kind of scarcity that Apple creates has people line up to get first hand.

Anna Domanska
Anna Domanska is an Industry Leaders Magazine author possessing wide-range of knowledge for Business News. She is an avid reader and writer of Business and CEO Magazines and a rigorous follower of Business Leaders.
« Foxconn, Apple, Amazon Joining Bid for Toshiba Chip Business
Hyperloop One Expands Connectivity Across Europe »
Leave a Comment
Close

Two tweets were posted using NFT artist Beeple’s account. The first one promoted an exclusive collection with Louis Vuitton. The second tweet announced that Beeple would soon rel
43 mins ago