Alright Samsung, you’ve got us this time. After the badly flop S6 model from the last year, Samsung has unveiled its highly anticipated S7 series, which has proven to be worth all the anticipation.

The S7 series, however, is fully packed with the mighty trio features, which were left out in its predecessor models. These features are longer battery life, expandable storage, and water resistance. The latest smartphone line-up, though, does not arrive with a pressure-sensitive display having three-dimensional touch screens, like it was reported previously.

At first glance, it will be difficult for you to configure whether you are looking at its predecessor, the S6 series because they share the similar design, but you can spot the difference immediately when you pick up the S7 series. Gone are bulky and awkwardly bulging camera and the uncomfortable back of Samsung Galaxy S6. The new smartphone line-up arrives in metal back with smoother curves and a nearly flushed camera. 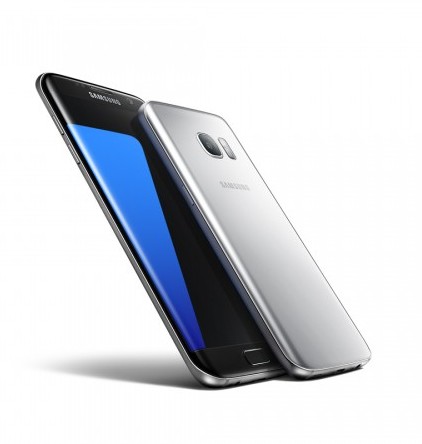 The company has not revealed the price yet, but it is estimated to be $700

The latest flagship line-up device is rated with an IP68, so it can survive into 5 feet deep water for continuous 30 minutes, which means one can comfortably take a shower holding this phone without worrying about its survival.

The company has always remained on the forefront when it comes to using smartphones in order to power virtual reality headsets. You can be assured that the S7 also follows the same league, as it is compatible with its Gear VR Headset. With the introduction of Samsung Gear 360 camera in the league, one can easily create a high-end VR stuff on the Galaxy S7 with the smart processor of the latest line-up doing all the necessary work of stitching video.

When connected with the Galaxy S7, one can easily get a live preview of stuff being recorded via Gear 360 camera through various modes.

The Samsung Galaxy S7 Edge brings an improved edge design with standard app shortcuts on the edge and the fresh tasks edge. These sidebars situated on the edge are now available in a large size, giving a significant amount of space for additional shortcuts, unlike its predecessor S6 Edge.

At Mobile World Congress 2016, Samsung has also announced that buyers will receive Gear VR worth $100 absolutely free on the purchase of Galaxy S7. Well, Samsung surely knows how to keep its users hooked.

Carrie Ann
Carrie Ann is Editor-in-Chief at Industry Leaders Magazine, based in Las Vegas. Carrie covers technology, trends, marketing, brands, productivity, and leadership. When she isn’t writing she prefers reading. She loves reading books and articles on business, economics, corporate law, luxury products, artificial intelligence, and latest technology. She’s keen on political discussions and shares an undying passion for gadgets. Follow Carrie Ann on Twitter, Facebook
« Even on eBay, there is a gender pay gap
Starbucks Rewards will now be based on the money you spend »
Leave a Comment
Close

GameStop is undergoing a complete revival under new CEO.
21 hours ago